Big On Savings, Low On Leaks 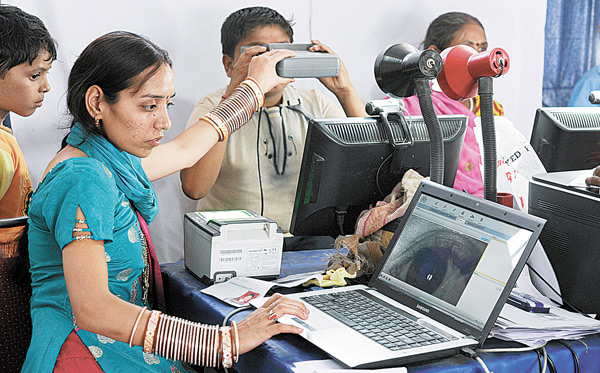 08 November, 2014
Print this article Font size -16+
The Aadhaar project, which assigns a unique identification (UID) number to every Indian citizen, will yield an internal rate of return (in real terms) of 52.85 per cent, says a study sponsored by the Planning Commission.
According to the study, which was released earlier this month, the savings from implementing Aadhaar will accrue to Rs 1,09,806 crore by 2020-21, while the cumulative spend estimated on account of the project during the 10 years will be Rs 37,187 crore.
The cost-benefit analysis of the Aadhaar project carried out by the National Institute of Public Finance and Policy (NIPFP) is expected to help the government counter the criticism of the huge budgetary allocation for Aadhaar enrolment and integration of the unique number with various social sector projects that involve cash transfer to beneficiaries. The government is expected to spend Rs 2,265 crore on Aadhaar-related projects during 2012-13. The projected enrolment trajectory aims to achieve coverage of 1.13 billion individuals by 2018.
The study says that the benefits accruing from the implementation of Aadhaar will exceed the expenditure when 20 per cent of the population gets enrolled by 2015-16. The cost-benefit difference will touch its peak by 2020-21 with a benefit of Rs 25,100 crore against an expenditure of Rs 4,835 crore.
The benefits are estimated to come from the reduction in leakages that occur due to problems in identification and authentication of beneficiaries. The NIPFP analysis takes into account the costs of developing and maintaining Aadhaar and of integrating it with schemes over the next 10 years (see Cash Back). The calculation of Aadhaar-related savings factors in the assumption that 7-12 per cent of the transfer/subsidy is lost to leakages.
The report observes that substantial benefits will accrue to the government by integrating Aadhaar with schemes such as the Public Distribution System, Mahatma Gandhi National Rural Employment Guarantee Scheme (MGNREGS), fertiliser and LPG subsidies. Housing, education and health programmes, scholarships and pensions have also been included.
The study also notes that since the enrolment responsibility is now equally divided between the Unique Identification Authority of India (UIDAI) and the Registrar General of India, the actual costs of the Aadhaar rollout may turn out to be lower than estimated.
The Centre had, last month, announced plans to finalise the road map and timelines for the implementation of direct cash transfers linked to projects such as MGNREGS, subsidised supply of foodgrain, fertilisers, LPG, etc. While 51 districts are expected to roll out cash transfers using the Aadhaar platform from 1 January next year, 18 states will come under the project by 1 April. The plan is to add 16 more states to the list by 1 April 2014.