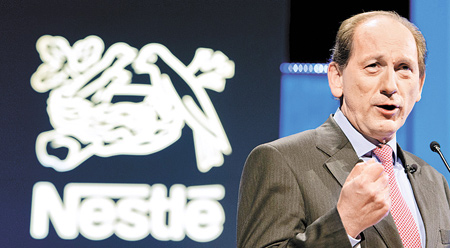 
Comeback Trail
Italian scooter brand Vespa, which was popular in the Indian market over a decade ago, is set for yet another comeback. Two-wheeler maker Piaggio has launched its new Vespa models with a price tag of Rs 66,000. Vespa was first sold in India from the 1960s till the 1980s through a tie-up with Bajaj. Later, Piaggio had a partnership with LML to make Vespa, which ended in 1999.

Realty Route
Crisis-hit and near-broke Air India is now planning to lease out some of its land to raise money. To start with, it will rent out 150,000 sq. ft of office space at its headquarters in Mumbai and its registered office in Delhi, Airlines House. The national carrier plans to hire a real estate firm to advise it on the deal, which is likely to fetch it Rs 500 crore.

Vote On Account
The Cabinet has okayed the Banking Laws (Amendment) Bill, 2011. It has kept voting rights of shareholders of private banks unchanged at 10 per cent. The bill now moves to Parliament for approval. The government had proposed to make voting rights proportionate to shareholding, while a parliamentary panel suggested capping them at 26 per cent.

Peak Performance
Loss-making state public sector units reduced their losses during 2010-11. About 22 state-owned firms have reported a total loss of Rs 439.50 crore for the year. That is 49 per cent lower than the previous financial year, says a report of the Comptroller and Auditor General of India. Of the 75 working PSUs, as many as 46 earned a profit of Rs 1,632 crore.

On Cloud Google
Finally, it's here. After years of speculation, search giant Google has announced the launch of its cloud service, Google Drive. The web-based storage will be launched globally in a few weeks. Google's engineering teams in Bangalore and Hyderabad contributed significantly to the development of Drive. Meanwhile, certain terms and conditions on the product have invited widespread privacy concerns over Google's ownership of documents stored on Drive. But Google says there is no such issue.

Pre-IPO Jitters
Just weeks before its widely anticipated initial public offering, Facebook has said its first-quarter profit and revenues fell from the final quarter of last year due to a spike in expenses. The social network is spending heavily to build data centres and hire engineers to run a network for its 900 million users around the globe. It also agreed to spend $534 million on a deal with Microsoft to strengthen its patents portfolio.

Ringing In Growth
According to the Global Mobile Media Forecast from Strategy Analytics, consumer spends on mobile media content globally are likely to rise 13.4 per cent from $121.8 billion in 2011 to $138.2 billion in 2012.

Booster Shot
Ranbaxy has launched a malaria treatment drug, Synriam. This is the first indigenous anti-malaria drug, says the company.