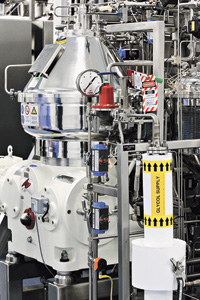 The deal suggests that Sanofi is eager to control low-cost products, manufacturing and research assets to serve a growing global vaccines  market. It values Shantha at Rs 3,795 crore or between eight and nine times its expected fiscal 2010 revenues of Rs 435 crore. It is a  fantastic return on investment for Merieux, which is believed to have got control at less than half that valuation in 2006, though the  numbers were not made public.
But equally, it shows that in the vaccines market - as in drugs - you need deep pockets and a global presence to stay in the game. "It  appeared (to be) a strategic necessity to be allied with a big international vaccine company to guarantee development of Shantha," says a  Merieux spokesperson.

Merieux had the right research pedigree: it is an offshoot of Institut Merieux - started by Marcel Merieux, a student of Louis Pasteur -  which also spawned Sanofi Pasteur. Yet, "it became clear to Merieux that vaccines is going to be a "big company game", says a consultant  who has worked with it closely but requested anonymity. "If you don't have critical mass, you can't sustain R&D (research and  development) expenditure just like in pharmaceuticals."

With an eye on the growing market for immunisation, large western pharma companies are betting high on vaccines. Governments and  large philanthropic organisations such as the Gates Foundation are paying for vaccines. "Emerging countries are recognising the value of  vaccines and our strategy for the past few years is to invest heavily in those fast growing economies," says Pascal Barollier, vice-president  for external and scientific communications at Sanofi Pasteur.

Sanofi Pasteur invests a million euros a day in R&D. And why not? Sanofi and four other large drug companies namely GlaxoSmithKline,  Novartis, Wyeth (soon to become Pfizer), and Merck control 80 per cent of the vaccines market, which is expected to touch $19.2 billion  (Rs 92,748 crore) by 2010, says a report by Global Industry Analysts.

And they want more. Early this year, Wyeth was in talks to acquire the Netherlands' Crucell - one of the few independent vaccine makers  left in the developed world - but withdrew in the wake of merger talks with Pfizer.

Sanofi Pasteur says it will take Shantha's vaccines to more markets and also help it develop a pipeline against rotavirus and human  papilloma virus, among others. Shantha makes vaccines for hepatitis B, cholera and a five-in-one combination vaccine.

Indian vaccine companies have some of what it takes to meet the strategic objectives of the big boys of the vaccine industry. For  instance, the ability to competitively supply the tender market funded by aid organisations such as Global Alliance for Vaccines and  Immunisation.

"One reason why all these biggies come to India is that they realise that it is going to hit them in the solar plexus (on  cost)," says the consultant. Indian players also make a number of vaccines for diseases of emerging markets.

But cost alone is not enough. New product technology has always been challenging for Indian producers, and with the country's move to a  product patents regime it will become tougher for them. There are few Indian vaccine producers and, unlike generic drug firms, their  global presence has been limited to the tender business, which can only get more competitive.

Given this scenario, and also the valuation of Shantha, it will not be surprising if more vaccine companies from India are acquired. "We  expect technology and the opening up of new markets," says Varaprasad Reddy, founder of Shantha, who still holds some equity and will  continue as its managing director. Sanofi, he says, is a partner that can take Shantha to "the next orbit".