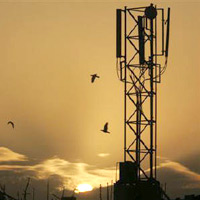 Bharti Infratel could price the IPO at around Rs 230 per share, near the top end of the indicative price range and at the level it agreed to allot shares to cornerstone investors in the pre-IPO sale, said sources with direct knowledge of the matter.

The company's board will meet soon to take a decision on the final price, said one of the sources. All the sources declined to be named as they were not authorised to speak to the media.

Bharti Infratel, a unit of Bharti Airtel, India's top mobile phone carrier, had set an indicative price range of Rs 210-240 for the IPO, which was launched on 11 December.

The tower operator's offering attracted strong demand from portfolio investors, with the portion reserved for them covered 2.8 times. Just 18 percent of the retail investors' book was bid.

Bharti Infratel's IPO hit the market in what was a busy week of share sales in India with about $2 billion worth of equity deals in a single week, after a lacklustre first half of the year.

Earlier this week, Credit Analysis and Research got bids for more than 40 times the number of shares on offer in an IPO to raise up to $99 million, while jewellery retailer PC Jeweller Ltd's offer of up to $112 million was covered nearly 7 times.

Telecommunications tower operators, which get their revenue from leasing out mobile phone masts to carriers, are going through a challenging time after India's Supreme Court ordered the cellular permits of several carriers to be revoked.