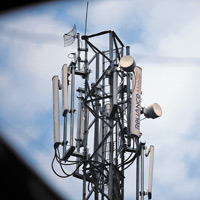 08 November, 2014
Print this article Font size -16+
Bharti Infratel, backed by billionaire Sunil Mittal, dived 13 per cent in its trading debut after raising about Rs 4,500 crore ($760 million) in India's biggest IPO in two years, weighed down by a cautious outlook for mobile tower operators.

The IPO, priced near the lower end of an indicative range to ensure success, struggled to find interest from retail investors and was supported mostly by overseas institutional buyers, a key pillar in the Indian stock market.

"It's early days and the stock should settle in the course of the next day or two. If the foreign flows continue, the market will remain buoyant which should translate into more deals," a person familiar with the Bharti Infratel IPO said. "If not IPOs, there should be more follow-on offerings."

Already, privately owned Axis Bank Ltd has announced plans to raise fresh equity capital, and the source said a possible listing of National Stock Exchange is among the other IPOs that investors can expect.

Bharti Infratel's listing follows a tepid first half in IPO deals, and is the biggest after state-run Coal India's Rs 15,500 crore ($3.5 billion) issue in 2010.

The listing pushed India's IPO volume to $1.28 billion this year, shy of last year's $1.36 billion, according to Thomson Reuters data. But that is still short of the record set in 2007 when Indian corporates raised $8.65 billion through IPOs.

IPO volumes are expected to improve further on rising foreign capital inflows. Several high-profile deals including the potential IPO of Vodafone Group Plc's India unit are likely to hit as earlier as next year, bankers said.

Including follow-on share offers, share sales volumes in India jumped 70 per cent from a year earlier to $14.8 billion, according to Thomson Reuters data.

The market will likely remain busy in 2013 with two large share sales in state-run Oil India Ltd and NTPC Ltd set to come in the next few weeks as part of the government's plan to raise around $5.5 billion by exiting part of its stakes across a slew of companies.

"The quality of companies do matter a lot. Investors are latching on to good quality names or where corporate governance and business risks are far lower," said Dhananjay Sinha, the Mumbai-based co-head of institutional research at Emkay Global Financial Services.

Bharti Infratel, a unit of top Indian mobile phone carrier Bharti Airtel Ltd and partly owned by KKR & Co Ltd, closed at Rs 191.65, having fallen as much as 14.3 per cent during trade on the National Stock Exchange.

Bharti Infratel had issued shares at Rs 220 to funds and wealthy investors, who received the majority of the allocation. The company sold shares to retail investors at Rs 210 and to cornerstone investors at 230 rupees.

The broader Nifty, which has surged about 28 per cent this year and is Asia's third best-performing market, ended 0.65 per cent higher.

Poor Showing
Bharti Infratel's share performance was poor compared with the surge in shares of Credit Analysis and Research Ltd and PC Jeweller Ltd, both of which made their market debut this week after raising around $100 million each.

Weighing on the outlook for mobile tower operators, an Indian court this year revoked permits of several wireless carriers while demand growth for third and fourth-generation mobile data services slowed.

"The business of towers is under stress," said K.K. Mital, a portfolio manager at Globe Capital in New Delhi. "This is a business with a long gestation period and also not something retail and HNIs (high net worth investors) easily understand."

Shares of GTL Infrastructure Ltd, the only other mobile tower operator listed in India, have slumped 90 percent in the last two years, hit by debt repayment worries.

Bharti Infratel priced its IPO at lower valuations to overcome those concerns, and managed to attract more than a dozen cornerstone investors including units of Morgan Stanley and Citigroup Inc.

Bharti Infratel sold about 146 million new shares, or more than three quarters of the shares on offer, while four of its private equity investors, including Singapore state investor Temasek Holdings and the private equity arm of Goldman Sachs Group Inc, sold a total of 42 million shares as they cashed out of some of their early investments.

The selling price was at a steep discount to the $1 billion that seven funds including Temasek and Goldman arm had paid in 2007 for a combined 9 percent stake in Bharti Infratel. KKR separately invested $250 million in 2008, but its exact holding is not known.

Bharti Airtel, which owned 86 percent of the tower operator before the IPO, did not sell any shares in the process.