Bharti Could Raise Up To $2 Bn From Africa Sale 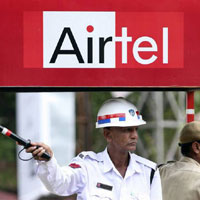 08 November, 2014
Print this article Font size -16+
Bharti Airtel plans to sell most of its transmitter towers in Africa, in a process that could raise up to $2 billion for the country's top telecom operator and help reduce its debt.

Bharti, which entered Africa with the $9 billion acquisition of Kuwait Telecom Zain' operations on the continent in 2010, has already launched a sale process to offload its towers in Nigeria, two banking sources familiar with the process said.

Building and maintaining mobile towers in Africa is typically more expensive than in other regions, because of security costs and electricity shortages that often require towers to be powered by generators, while new roads may need to be built to reach rural areas.

This has increasingly prompted operators to seek to sell or lease towers to specialist firms such as Eaton Towers, Helios Towers Africa, American Tower Corp and IHS.

Several telecom operators have already offloaded some of their towers, such as South Africa's MTN, which in December agreed to sell 1,228 towers in Rwanda and Zambia to Lagos-listed IHS.

"While other telecom operators have sought to offload towers in Africa due to the inherent difficulty in operating them, Bharti has the added reason of reducing their debt burden, most of which was taken up for the Zain acquisition," one of the banking sources said.