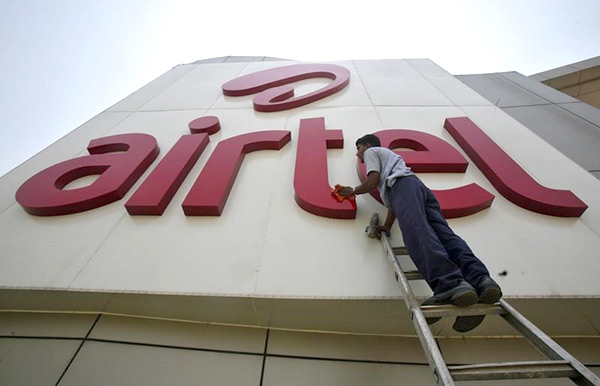 While profits have risen, the African operations are still dragging the enterprise. Nearly four years after acquiring the African operations of Zain for over $9 billion, it still has a net debt of Rs 57,744 crore ($9.6 billion). However, it is lower than the Rs 58,720 crore ($ 10.73 billion) recorded during the same period in the last fiscal. Bharti has in a way followed Idea cellular, which a few days ago registered a 57 per cent increase in net profits.

Large Indian mobile operators have gained market share and raised voice tariffs ever since the government cancelled many licences after the 2G scam.

The increase in Bharti’s profits was driven due a gradual reduction in free calling minutes along with a reduced degree of competition in the sector. The other driver has been the increase in the operators’ data revenues. In the quarter ending June, Bharti recorded a 68.2 per cent increase in mobile data revenues. Data also accounted for 12.4 per cent of Bharti’s revenues as opposed to 8.2 per cent during the same period in the last fiscal. During the period, Bharti has also doubled its 3G subscriber base to 12.5 million from 6.24 million in the first quarter of FY2014.

Gopal Vittal, MD and CEO, Bharti Airtel (India and South Asia) said: “While the pace across all segments has been satisfying, mobile data and DTH stood out with growths of 68.2 per cent and 20.7 per cent respectively. The industry awaits more 3G spectrum being made available even as we look forward to the implementation of policies relating to spectrum sharing and trading. These have become essential to deliver sustained broadband growth and high quality service.”

"Telecoms are back to growth in Africa, this time spearheaded by internet and mobile money. Airtel has grown by 12.1 per cent in constant currency terms, with exceptional performance in mobile data (85.5 per cent)," Bharti Airtel MD and CEO (Africa) Christian de Faria said.