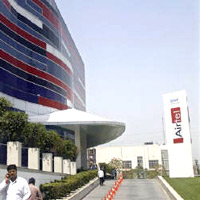 08 November, 2014
Print this article Font size -16+
Bharti Airtel, the world's fourth largest mobile phone operator, said it had signed an agreement to buy rival Warid Telecom Uganda, in a move that will increase its customer base in the country by 60 per cent.

The deal with Warid, the No.3 mobile phone company in Uganda, will add 2.8 million customers to take its total user base in the country to 7.4 million, Bharti said in a statement on Tuesday.

Bharti, India's top mobile phone carrier and ranked No.2 in Uganda, in 2010 ventured into Africa at a time when growth in its home market had started showing signs of saturation. The company, which bought money-losing operations in 15 African countries for $9 billion, has yet to turn a profit there.

It operates in 20 countries across Asia and Africa.