BharatMatrimony.com May Go For $125-Mn IPO 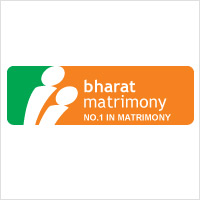 08 November, 2014
Print this article Font size -16+
An Indian company is hoping weddings and investors are a match made in heaven.

Consim Info Pvt Ltd, owner of BharatMatrimony.com, a match-making portal, plans an initial public offering to raise between $100 million and $125 million later this year, two sources with direct knowledge of the matter said.
Indian parents have traditionally relied on matchmakers or relatives to help find a suitable spouse for their children. Matrimonial websites have become popular as young Indians increasingly spend time online.
The company is backed by US -based Bessemer Venture Partners, whose other investments include job network LinkedIn.
It plans to use some of the proceeds to expand its overseas operations, the sources said, declining to be named as they were not authorised to speak to the media before a public announcement.
Murugavel Janakiraman, chief executive of Consim, based in Chennai, could not be reached for comment.
Other investors in Consim are Silicon Valley-based venture funds Mayfield and Canaan Partners Technology, which has $3.4 billion under management.
BharatMatrimony.com's competitors include Jeevansathi.com, owned by Info Edge India Ltd and Shaadi.com, owned by Sequoia Capital-backed People Interactive Pvt Ltd.
"We expect to get good response from the investors because of the defensive nature of the business. People will get married irrespective of the health of the economy," said one of the sources.
The company has picked Deutsche Bank, Citigroup and India's Kotak Mahindra Capital <KTKM.NS> for the IPO, which is likely to be launched in the second half of the year, depending on market conditions, the sources said.
Consim raised $8.7 million in 2006 from Yahoo Inc and Canaan Partners. This followed an investment worth $11.75 million in 2008 by Mayfield and the other existing investors, according to the company website.
Yahoo exited Consim in 2011, selling its stake to Bessemer Venture Partners and the two other funds, the website showed.
The Consim IPO could include a sale of shares by the founders as well as some of the existing investors, the sources said.
Bhartmatrimony.com has 20 million members and has found a place in India's Limca Book of Records for facilitating a record number of marriages, according to the company. Besides India, its overseas operations include the United States, the UK and Canada.