The Ministry of Corporate Affairs (MCA) has been on an overdrive. Till June-end, it had already made four modifications and issued 18 clarifications to the Companies Act 2013 — a legacy of the UPA government. The changes, some yet to be approved, have been lapped up by industry. 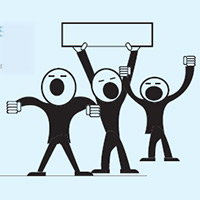 08 November, 2014
Print this article Font size -16+
The Act, which came into force this April, proposes large-scale changes in the way companies are run and has been a sore point with corporate India. So much so that intense lobbying has been on to get some provisions done away with.

In a bid to allay industry concerns, the National Democratic Alliance government has, ever since it took over the reins in May, put the MCA on the job of ‘sanitising’ the law — removing irritants while keeping the sting.

One such irritant is the rule requiring companies to spend 2 per cent of their profits on meeting their corporate social responsibility (CSR) goals. Cutting though the hullabaloo, veteran auditor and independent director on the board of companies such as Tata Power and Thermax, Nawshir Mirza, says, “What people don’t realise is that the way it has been framed, the whole Act will act as a CSR driver. The duties and penalties imposed on the management of a company will ensure that it acts in a more socially responsible way.”

CSR is not the only sticking point. The stringent clauses to do with the role of directors on the boards of companies and their likely consequences have left many a board member jittery. And even though the new government has made reconciliatory noises about re-examining the Act threadbare, the very fact that the legislation is already in force leaves directors in no-man’s land.
Citing an example, Mirza points to an innocuous looking line in the Act that says an independent director shall balance the conflicting interests of the company’s stakeholders. Now, isn’t an exclusive client of the company a stakeholder, such as its banker? Can you decide to shut down a unit or default on a loan without considering the impact it will have on a stakeholder? What about the environment, he asks. An independent director may well have to account for a rare species of spider that was native to a forest where his company has commissioned a mining project.

Under The Radar
According to the Act, a director can now be prosecuted even if he is guilty of nothing more than negligence. This, perhaps, represents the biggest change in the new law. “Earlier, you were guilty if you knew something was amiss, and you didn’t do anything about it. Now, you are guilty if you ought to have known something was fishy and didn’t do enough about it,” says Mirza.

Not that directors weren’t required to be diligent under the earlier law, says Bharat Vasani, group general counsel, Tata Sons. It’s just that it has been codified now, he says. That means, directors can no longer protect promoters. Tales from Indian boardrooms about  how proposals put forth by the promoter group  go unchallenged are legendary.
break-page-break
Corporate culture in India is such that questioning a chairman’s wisdom is seen as a direct revolt. But this is set to change as the Act lays down stiff penalties for negligent directors. Any person, faced with the prospect of jail or a financial penalty, would rather be safe than sorry.

The Act is, however, overly focused on companies furnishing proof of governance, rather than reinforcing the idea of governance as a value-enhancing tool, suggests Milind Sarwate of Wadhawan Global Capital.

To a large extent, this has helped make officials more accountable. For instance, the fact that directors will be seen to have acquiesced to a decision, unless their reservations are recorded in the minutes, will make them more involved in company affairs. It will also put pressure on the management to introduce only bona fide proposals as any objection from a director can go against it if the decision is challenged in court.

Something as simple as a delay of a few days in filing tax returns is now open to a challenge by directors, says Anil Harish, a lawyer and an independent director in 14 companies (he will soon have to relinquish half  the posts as the Act puts a maximum limit of seven per person). Boards now want to go to the root of a problem and question if it could have been prevented, he says.

All this is largely applicable to the big companies — the ones that see value in being known for good governance. For companies in the small and medium space, nobody is willing to bet if the same rules will work. Here, the question will be whether the promoter will relinquish his absolute hold on the company. Result: Good directors may begin to steer clear of such companies.

Too Much Of A Good Thing
If  you go through the fine print of the new law, you will be alarmed at the level of distrust with which corporate India is viewed. The law takes its cue from four major scams that have shaken the country in the past decade. Apart from Satyam, the Act seems to have been inspired by the Sahara case (raising funds outside the purview of the law), the 2G case (front for others) and the Ketan Parekh scam (inter-corporate loans without business rationale).

The new law has been drafted in a way wherein it is easy to hold people accountable at every step of decision-making. In a way, it plugs the gaps in compliance. For instance, related party transactions between entities owned privately by the promoters — widely known to be the biggest avenue for abuse — will now have to be approved by the audit committee of the board, headed by an independent director. This, in itself, is a tremendous expansion of the scope of an audit committee. “Earlier, the audit committee used to review. Now, they approve,” says Shardul Shroff, managing partner at Amarchand Mangaldas.

If the audit committee feels the terms of a transaction are fair, the management can go ahead with the transaction. In case it disapproves, the authority to take the final call  rests with the board of directors, of whom only the independent directors can vote. For a non-routine transaction, the approval has to come from shareholders, where again, the promoters will not be entitled to vote. So, in effect, a transaction to sell a business unit to an entity owned by the promoter has to be approved by the minority shareholders.  A majority of the minority, as lawyers have taken to calling it.
break-page-break
Needless to say, many transactions that have gone through in the past might suddenly get stymied by shareholder activism. On the face of it, that is not necessarily a bad thing. But now, minority may become the new majority, with companies  placating smaller groups to keep them in favour, says Vasani. This can also prove to be quite a nightmare if minority shareholders get empowered to the point where they can bargain disproportionately with the promoter. Corporates, already wary of proxy advisory firms inciting a shareholders’ mutiny, are now sounding the alarm.

Sword Of Damocles
When the focus is on nipping every possible act of wrongdoing in the bud, it is only natural that the Act becomes unreasonable. And this is where most corporates see red. Take, for instance, the clause that requires an auditor to report all frauds to the central government. To Jamil Khatri, deputy head of assurance at KPMG India, it is simply an irritant. An auditor should be expected to only find out whether the action taken by the management and audit committee in case of a fraud was satisfactory. Under US laws, if the action taken is not satisfactory, the US Securities and Exchange Commission requires an auditor to report. That too, only for material frauds. Under the Indian law, all frauds, irrespective of size, have to be reported. Some of them, such as pilferage by an employee at a retail outlet, serve no purpose except cause embarrassment to the company, he says.

Of course, that is not the only area of concern for auditors. A Damocles sword hangs over their heads at all times. Auditors can be sued for negligence in the audit process. And their respective firms can be disqualified for systemic procedural lapses. If that doesn’t sound bad enough, consider this. In a firm of, let’s say, 500-odd employees, mostly chartered accountants, a mid-sized audit committee can have 25 people working on an audit. But if the firm gets debarred for entrenched bad practices, it won’t be just those 25 looking for a job. Remember how Arthur Andersen, then among the top 5 audit firms, completely vanished after it allowed Enron to hoodwink it.

“The Act has, perhaps, been an over-reaction to the failure of governance systems at Satyam,” says Sarwate. It is based on the presumption that things are already wrong or will go wrong.  “It is this presumption that has made many provisions seem draconian,” he adds.

Harsh maybe, but as Shroff says, the Act recognises the fact that the loss suffered by the market (or the investor community) is always higher than that suffered by an individual or a firm due to punishment. And, to be fair, none of these provisions is exclusive to India. After the Enron scandal (a big-ticket accounting fraud) hit the US, the Surbanes Oxley Act was introduced, putting just as much liability on auditors for negligence. As the joke goes, it isn’t a question of whether you will be caught, but how long you will have to stay in jail.

Enforcing Governance
“Where the new law is unique to India is that most other countries insist on proper disclosures. In India, the government wants enforcement of governance by law, which is not the case elsewhere,” says Khatri. Other than that, many of the concerns regarding liability are overblown, he adds. Negligence and decisions in bad faith have always attracted penal provisions in the West.

For example, class action, prevalent in the West, allows shareholders or creditors to get together and sue a company, as well as its management directors or even its auditors, as a group. With such pooling, shareholders have a reasonable shot at bringing down a big company despite its large coffers and better lawyers.
Class action will soon be a reality in India. The Competition Commission of India (CCI) provides that if a company has been found to have abused the competition law, consumers who have availed its services and been similarly affected can now team up as a class to sue the company. Look at the case of DLF, one of the first high-profile cases where this rule was invoked after it lost its appeal against the CCI penalty. The Companies Act also provides for such suits against the company, its directors, auditors, or even advisors.

“The measures are well-intentioned, but it is becoming a case of legislating for exceptions,” says Vasani. He shouldn’t be complaining though. For a lawyer, the more complicated the law, the more the work. As he says, he tells his wife the Companies Act will soon act as the Food Security Act for lawyers.