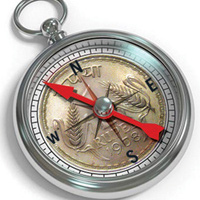 Investing for the future is generally something that is long-term, but that does not mean short-term gains cannot be targeted. Think of it like this — short-term gains are like bonus to long-term investments that you are supposed to be doing anyway. Which is why this special package is primarily meant to deal with where you could get the best bang for your investments over the next one year.

Some things, of course, do not change. Investment avenues, or asset classes as they are called in the world of finance, are one such — comprising shares of companies, debt or fixed- income instruments (bank fixed deposits, post office schemes), commodities (gold, silver, etc.) and property. Most certified financial planners (CFPs) will tell you that you should have a mix of these asset classes in your investment portfolio. If you are young, that is, below 30 years of age, then equity shares should definitely hog more than 50 per cent of your investments. Every five years thereafter, the equity portion of new yearly investments should be scaled down by 5-10 per cent and the debt portion correspondingly hiked.

The reason: equities are risky, but give better returns compared to other investments if you stay invested for at least six to nine years, and preferably for much longer. That way, you can encash your investment whenever you get the best value according to the price of the stock. For shorter investment periods, debt instruments are safer, because you get assured returns. "Equity markets may give you very good returns for a year, but it is not a chance I would advise my retail clients to take," says Uday Dhoot, chief operating officer of International Money Matters, a financial advisory firm based in Bangalore catering to retail investors across the country.

Those mulling the equity option would also be bogged down by memories of the stockmarket crash of 2008 and early 2009. Alpesh Shah, a 30-year-old equity investor working in a diamond trading company in Mumbai, is one such investor. "Even now, this month's slide in Indian and global markets is making me wary," laments Shah.

So, it might spook you a little when we advocate equity as the option for getting best returns over the next year. But consider this: from a pure returns perspective, debt is likely to give you average returns of 7-10 per cent (see ‘Dart At Debt To Dump Risk'), and gold, the favourite crisis commodity, is also likely to give as much. Equity, on the other hand, could fetch you 15 per cent returns, or more.

Here's why. The day after the general election results were announced, the BSE Sensex rose 17 per cent to reach 14284 points, and by 10 June had reached a high of 15466 points. Thereafter, it began to slide ever so slightly, reaching 13400 on 13 July, and recovering to cross 14000 again on 15 July. "Typically, our equity market goes up and down three times in a year. And if you time your entry well, you can easily make 15-20 per cent returns in a year," says Deepak Jasani, head of retail research at HDFC Securities.

But while Jasani says the argument may not hold true once the Sensex crosses 12500, others feel today's levels are low enough for you to jump in, as the Sensex will only go up from here in the short term. "With the Sensex trading 15-16 times the consensus earnings for next year (which has also been the average number in the past four-five years), investors can make 15 per cent in equities in this year," says Dipen Shah, vice-president for private client group research at Kotak Securities.

Adds Amitabh Chakraborty, president for equity at Religare Capital Markets: "Global liquidity seeks countries with good economic growth, and India is providing 7 per cent GDP growth this year. The International Monetary Fund also recently upgraded India's GDP growth rates (from 5.6 per cent to 6.5 per cent)." Chakraborty, therefore, expects the National Stock Exchange's 50-stock S&P CNX Nifty to touch 4800-levels and above, 20 per cent up from current Nifty levels of 4000, in the last quarter of FY10.

A June research report by Clear Capital, a subsidiary of Noble Group, a UK investment banking firm, titled ‘India: On the cusp of a bubble', states that valuations in Indian equity market are likely to go up sharply due to large inflows of capital. The report emphasises the point that "…There are very few large stockmarkets that appear as attractive as India at present. Given the country's low export dependence and high domestic savings, it is perhaps the only large economy which is not going to be meaningfully held back by the deleveraging process in the western world".

Even conservative financial planners are not averse to recommending to their clients a short-term exposure to equities for their funds over and above their allocations in their ongoing financial plans. "Equities at 14300 Sensex are fairly priced and should return 12-13 per cent on the index this year," say Nilakshi and Christopher Louzado, Pune-based investment advisors catering to retail investors. They point out: "Instead of madly running for infrastructure, or any other in-vogue sectors' stocks, go with a diversified portfolio that has a high earnings per share (EPS) built in."

Be warned, however, that growth in the stockmarket is different from growth in companies that you invest in. Analysts from broking firms forecast a decline in year-on-year earnings in the first quarter of FY10, though the decline would be much lower — less than half in most cases — than the corresponding decline in the previous quarter. For example, Macquarie India forecasts the aggregate year-on-year decline in first quarter profits in the 85 stocks (predominantly large-cap) it tracks to be 8 per cent, compared to 20 per cent in the last quarter of FY09. "Surely, FY10 earnings will be upgraded, but importantly it will be a 20-per cent growth in FY2010-11," says Chakraborty.

In such circumstances, it is important to invest in the right sectors. To learn more about that, turn to page 54 for a story on five sectors we believe you should invest in, and five sectors that are best avoided in the coming year. For those interested in other investment avenues, turn to page 62 for debt investing pointers, to page 66 for investments in real estate, and to page 70 for those eyeing global markets to plonk their money in. Last but not the least, despite our one-year horizon for this issue, investing is not a short-term thing, it has to be long-term. Our story on page 72 deals with retirement planning, and our retirement planner on page 74 tells you — based on your age and your expense profile — how much money you will need every year after you retire, and how much you need to invest every month, starting now, to reach there.

So, happy reading. And happier investing!