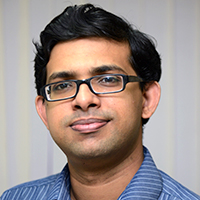 08 November, 2014
Print this article Font size -16+
Are investors really in the dark about the shady, or lets say circumspect, corporate governance practices of Indian corporates? After all, just about everybody has an opinion on who runs their company like a family fiefdom, and who can’t be trusted to look after minority investors’ interests. And if that is the case, should the regulator, Sebi, take an active approach to controlling dubious practices, or should it follow a disclosure based approach – that is, be content with companies disclosing their deals?

Cairn India made a $1.25 billion loan to Sesa-Sterlite, another group company in the Vedanta group. At a rate much lesser than they would have obtained from any bank in the country. Cairn India and Sesa Sterlite are both listed companies with roughly 60 per cent owned by the promoters. Since the transaction came to light on July 23, Cairn India’s shares have taken a beating, falling about 10 per cent. Has the market not punished the company effectively? When the share price falls, the promoter sees an erosion in wealth.

Or take the case of JSW Steel which agreed to pay brand promotion fees to a company owned almost entirely by the wife of chairman Sajjan Jindal, amounts that come up to Rs 125 crore in the first year itself. Markets did not react adversely to the proposal - which went through - with the share price holding on. Several conglomerates, including Tata and Wadia families have begun to charge their companies for the use of the brand in recent years. Moreover, the JSW stock had taken a hit a year ago after the promoter paid himself the highest salary in corporate India. Corporate governance practices were probably factored into the price of the stock already.

The International Advisory Board, a group of experts in capital markets, which advises Sebi on global capital markets best practices, recently suggested allowing market to make its own decisions. The press release describing the meeting said, “… a cautionary note was made that statutory regulator should not try to take on everything on its own and should use market forces”. The implication seemed to be that the regulator can never force good corporate governance down a company’s throat.

Prithvi Haldea, founder chairman of Prime Database calls it a cat and dog situation. The more you regulate, the more avenues people will find to circumvent the law, he says. For example, if you curb exorbitant salaries, they will pay higher commissions to themselves. If that is curtailed, they will have use transactions with promoter owned entities to take out what they feel is a ‘promoter’s premium in the company.

Not everybody agrees that markets should be the final judge. Amit Tandon of Institutional Investor Advisory Services feels that at some point the regulator should step in and draw a line when companies cross it. In fact, even Haldea points out how markets often reward fraudulent companies in the hope that their practices will yield higher profits, and thereby benefit investors in the short run. Most often these investors learn the lesson the hard way. Gross violations need to be regulated, says Haldea.

But then there is the question, can bad governance really be regulated. Governance scores are generally about ticking the boxes. Examples abound of companies that ensure all the requirements are met, but loot shareholders under their noses. Promoters will always find a way, as they say. Perhaps the new Companies Act, and its requirement of strict disclosure, and approval by minority shareholders, will act as the best remedy.

But in cases like Cairn India and JSW, markets are capable of being an effective check. The regulator needs to only stress on complete and timely disclosures.
Tags assigned to this article:
banking more 4 cairn india sebi sesa sterlite abraham c mathews web excusives