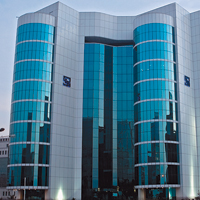 he ongoing hearing by the Securities and Exchange Board of India (Sebi) on National Securities Depositor’s (NSDL) role in the 2005-06 IPO (initial public offering) scam may be missing the point. Except for NSDL, the others — those who manipulated IPO allotments, the depository participants who opened fake demat accounts and the Central Depository Services — have been dealt with penal action through consent orders etc. However, Sebi has still not taken any action against the lead managers who pocketed huge commissions, but did not have the systems in place to check benami applications. Sebi has also not laid down any guidelines on disgorgement of illegally gained profit after the Securities Apellate Tribunal stayed Sebi’s disgorgement order.

These should be the priority areas for Sebi and not the controversies surrounding Sebi board meetings quashing earlier committee’s orders and having fresh hearings against NSDL.