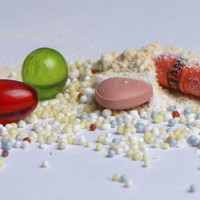 08 November, 2014
Print this article Font size -16+
An Indian patents appeals board on 14 September dismissed Bayer AG's petition seeking a stay on the "compulsory license" issued to Natco Pharma for selling generic copies of cancer drug Nexavar in India, a spokesman for the board said.

The decision is a setback to the German drugmaker, which had sought to block the entry of Natco's generic version of Nexavar, which the Indian firm has been told to sell at Rs 8,800 for a monthly dose.

"The stay petition is dismissed but the main matter is pending," the spokesman told Reuters over the telephone from the southern city of Chennai on Monday.

"We are disappointed with the decision of the Intellectual Property Appellate Board to reject the stay petition on the compulsory license granted to Natco for Nexavar," a Bayer spokesman in India said in an e-mailed reply.

The company would rigorously continue to defend its intellectual property rights, he said.

An official at Natco Pharma said he had not seen the order.

Bayer had challenged the Indian patents office's compulsory license order and the matter is pending with the Intellectual Property Appellate Board. The final judgement is expected to take a few more weeks.

According the compulsory license order, Natco has to share 6 percent royalty on sales of generic Nexavar with Bayer. The German firm sells the kidney and liver cancer drug in India at Rs 280,000 for a month's dose.

"This decision once again affirms that governments can and should act in the interest of public health to bring the price of patented medicines down," said Leena Menghaney, a manager in New Delhi for Medecins Sans Frontieres, which relies on Indian-made generic drugs to treat AIDS and other diseases in Africa and many poor countries.

India's $12-billion drug market is seen by major western drugmakers as a huge opportunity, but they are wary of the level of protection for intellectual property in a country where generic medicines account for more than 90 per cent of sales.