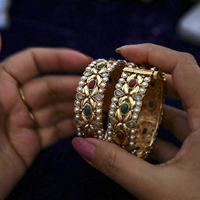 08 November, 2014
Print this article Font size -16+
A year ago, S. Kashinath, an illiterate labourer from Tamil Nadu, lost Rs 300,000 in savings he invested in a pyramid scheme promising high returns from emu farming. Now, Kashinath, and around 23 million other low- to middle-income Indians are being courted by a government scheme to boost investment in local stock markets. The recently introduced Rajiv Gandhi Equity Savings Scheme (RGESS) offers Indian investors earning less than Rs 10 lakh a year a 50 per cent tax break on stock investments of up to Rs 50,000.

Kashinath, though, thinks the plan has as much chance of flying as the Australian birds he bought into. "I can't even read or write. How do you expect me to buy stocks that I don't understand? My money is stuck, but once I get it back, I'll open a bank account to keep it safe," he told Reuters by telephone.

The ambitious scheme, which aims to broaden share ownership, re-energise an unprofitable mutual fund industry and bring some structure to a patchy investment landscape, faces formidable barriers - not least India's love affair with gold. India has one of the world's highest savings rates, at over 30 per cent - more than double the United States - and the bulk of the nation's $800 billion in savings is parked in gold.

India is the world's biggest gold buyer and holds $1 trillion worth of the precious metal, World Gold Council data shows - more than the combined military spending by the United States, China, Russia and Great Britain.

"Gold holds an emotional charm for most Indians. Those are some big shoes to fill for any sort of investment," said V Ramesh, Deputy CEO of the Association of Mutual Funds in India.

Indians also save cash, in bank savings or certificates of deposit, and increasingly invest in property.

Buying shares just doesn't figure for most. Fewer than 5 in every 100 Indians buy equities either directly or through mutual funds, regulatory data show, compared with Gallup's estimate of more than half of Americans - many through their 401k pension plans. In China, an estimated 86 per cent of average trading on domestic markets is carried out by retail investors.

Table Talk
The investment scheme is the brainchild of Thomas Mathew, a former finance ministry official, who reckons more than 23 million Indians - out of a population of 1.2 billion - could be eligible targets. If they all invest the maximum, there could be a potential inflow of 116 trillion rupees - more than double the country's gold assets.

"We need to go forward with a lot of investor education and financial literacy to drive home the point that equity is not a dangerous animal," he told Reuters. "We have to tap the psyche of people. The dinner table conversations, the tea shop talk. That's how the education takes place."

Fund managers, however, say it will be costly and difficult to tap into these millions of small, and often sceptical, investors, many of whom live in small towns and rural areas and don't trust big city stock markets.

"One thing's very clear: the government's intention is to make mutual funds more acceptable as an investment option on a pan-India basis, said Kailash Kulkarni, CEO of L&T Mutual Fund, which this year bought Fidelity's fund business in India.

"But there's obviously a cost that will go into this, especially when it comes to getting the manpower in these small towns, and the time that has to be invested."

While the scheme could help reduce gold imports, and the damage that has on India's current account deficit, the government also hopes to reduce market dependence on volatile foreign flows. India first allowed foreign investors to buy local shares in 1992, and they now hold nearly a fifth of the total, according to Morgan Stanley data.

Volatile Markets
Critics say the scheme could draw ordinary citizens into reckless investing as they have little or no expertise in stock buying. The government is trying to reduce the risks by allowing investments only in the top-100 stocks and encouraging people to buy shares through mutual funds or exchange traded funds.

India's stockmarkets are notoriously volatile. The Sensex has risen or fallen by a double digit per centage rate in 18 of the last 20 years - it is up by more than a fifth so far this year. That instability has already driven out many retail investors. Outflows from equity mutual funds in India rose to a two-year high in September, as investors cashed out of a stock rally.

"The Indian stockmarket is a bottomless pit. Why would I risk my money on shares when I can get 8-9 per cent on fixed deposits?" said Harshala Apte, a primary schoolteacher in Mumbai whose father lost more than half his net worth in a bear run on the stock markets in 2009.

Jitu Dhabaria, an investment adviser in Kolkata, also remains to be convinced. "I've become resigned to getting panic calls from my investors every time the market loses a penny," he said.

That said, fund managers say they will consider the new scheme, despite the additional costs. "It's a collective failure on our part that in a country of 1.2 billion people our combined assets are what? Some 220 billion rupees," said Nandkumar Surti, CEO at JPMorgan Asset Management India, referring to the industry's assets under management?

Bringing Structure
Longer-term, the new scheme may herald a shift in India from what one fund manager executive calls an opportunistic model of attracting investors, to a structural one, emulating the 401k pension model in the United States. The US system, introduced more than three decades ago, allows workers to pay part of their salary into funds. "India has lacked that structural market, but clearly there's an intent from the government and from the regulator to change that," said Saurabh Nanavati, CEO of Religare Mutual Fund.

For now, India doesn't allow mutual funds to develop pension plans, instead using a state-managed provident fund that invests mainly in government bonds. Until such a plan is brought in, the government is likely to struggle to win around people like Kashinath, who is still smarting from his emu bet.

"Can you help me get my money back? There's a new bank that's promising good returns, I'll probably put it there," he said.