Battle Won, The War Goes On 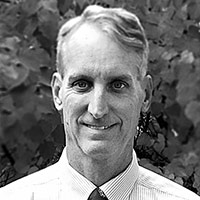 08 November, 2014
Print this article Font size -16+
In the courtyard of the bali International Convention Centre, just outside the hall where World Trade Organization (WTO) delegates were negotiating a modest, if controversial, agreement, someone had erected a small impromptu shrine, replete with flower petals and other offerings. The memorial was for Lee Kyung Hae, the Korean farmer who, ten years earlier, had scaled the barricades keeping the masses from WTO negotiators in Cancún, Mexico. He pronounced the simple indictment that “WTO kills farmers,” then took his own life.
With a reported quarter-million farmer suicides since 1990, Indian negotiators may well have had Lee Kyung Hae on their minds as they arrived in Bali, Indonesia for the WTO’s ninth ministerial. The country’s National Food Security Act was under threat from the WTO’s arcane rules, and Indian negotiators came to fight.
So did India’s Right to Food Campaign, which sent two representatives to object to the intrusion of the global trade body in India’s domestic policy-making. The act was the result of a decade of organising and lobbying. How could a distant trade body undermine its simple principles of paying hungry farmers a decent price for their grains and distributing it to India’s millions of hungry?
In a last-hour settlement in the early morning hours of 7 Dec., negotiators reached a compromise, granting India and other developing countries with such programmes a four-year “Peace Clause” which ensured they could not be sued under WTO subsidy rules for their existing programmes. The Right to Food Campaign objected, but the agreement allowed the WTO to salvage a modest agreement in the stalled Doha Round of negotiations on food security, trade facilitation, and specific measures for Least Developed Countries.
It is likely the agreement will change very little on the ground, but it puts India’s food security programme front and center as WTO negotiations heat up in the next four years. Also on the table is the larger Agreement on Agriculture, which produced the controversies over rich country subsidies and poor country flexibilities that have repeatedly stalled Doha negotiations since 2003.
Indian negotiators had every right to come to Bali with a chip on their shoulders. Their painfully reasonable proposals had been largely ignored since 2008, and now the United States and a few other countries were objecting to a joint proposal from the Group of 33, led by India but including other agricultural countries such as the Philippines and Indonesia.

The proposal called for programmes such as India’s, which subsidise farmers through administered prices slightly higher than prevailing market prices, to be exempt from WTO disciplines because they feed the hungry and do not distort trade. Thus, they should be included in the so-called Green Box of permissible farm subsidies.
It was not lost on delegates that the country objecting to this proposal now has a remarkable $120 billion of its annual $130 billion farm and food subsidy bill protected in the Green Box. The vast majority is for food programmes for the poor in the United States, but some is for farm subsidies to corn, wheat, soybean, and rice farmers. How could U.S. delegates call India’s programme, which distributes food within India, trade-distorting when their own Green Box subsidies go to crops that are heavily exported?
Nor was it lost on the Indian delegation that the foundations of U.S. farm policy coming out of the Great Depression in the 1930s used precisely the measures India is now pursuing: supported farm prices, public stock holding, managed domestic markets, and public support for food purchases.

As I noted in a talk I gave in Bali, we in the United States used such measures because they work.
In fact, the U.S. was trying to catch India in a WTO technicality. Under archaic WTO rules, written by the U.S. and the E.U. to protect their farm subsidies, supported prices are considered a subsidy if they pay above market prices. India did not object to this. What they objected to was the bizarre rule that instead of comparing purchase prices to current market prices they would be compared to an antiquated “international reference price” set by the Agreement on Agriculture to be the average international price from 1986-88.
Such a calculation makes any administered price today seem like a massive subsidy. Because of that artificially low price, a barely above-market price of Rs 1,250 per tonne for rice would look like a Rs 986 subsidy when compared to the outdated Rs 264/tonne reference price. The actual subsidy was barely above market prices. India’s initial proposal had been, quite simply, to update the reference price for inflation.
The U.S. and other developed countries refused. And the battle of Bali was on. Indian negotiators, under pressure from home to defend a popular programme, with elections looming, were strong despite the intense pressure to accept a four-year Peace Clause with no promise of resolving the issue. Lead negotiator Anand Sharma, Minister of Commerce and Industry, was defiant in a 5 Dec. press conference. “The right to food security is non-negotiable.”
India and its allies succeeded in preventing the U.S. and other rich countries from declaring India’s food security programme in violation of WTO rules, agreeing to a Peace Clause for existing programmes with a firm commitment to resolve the issue within four years. This was certainly a setback for the rich countries.
That said, the draft decision in no way gives the green light for such programmes. Those countries that don’t have programmes now would not be protected by the “Peace Clause.” And onerous reporting requirements create a “guilty until proven innocent” situation by putting the onus on the developing country to prove that its stock-holding programme is not “trade distorting.” Indian activists worry that the government will use the agreement as an excuse not to expand the food security programme to pulses and other crops not currently supported.
Meanwhile, the US and EU are in no way obligated to make good on the commitment they made in Hong Kong eight years ago to eliminate export credits and subsidies, the most trade-distorting government intervention of them all. The text calls on them to make their best endeavor at reductions, with no targets or commitments.
The right to food won an important defensive battle in the larger war for a global trading system worthy of the lofty development ideals of the Doha Round. The next battles will come in the short four years that WTO members have committed to resolve this issue for good.
The hope is that all this attention to farm subsidies will put the issue front and center in negotiations to come. “Public stock-holding is just the tip of the subsidies iceberg,” said Martin Khor of the Geneva-based South Centre. “Hopefully we can reveal the rest of the iceberg now and try to fix it.”
Anuradha Talwar of India’s Right to Food Campaign seemed exhausted by the WTO meddling in India’s policy-making. “The agreement on the table today is going to make it even more difficult to achieve food security for our people,” she sighed. “And it was hard enough already.”