Base Metals’ Demand To Rise 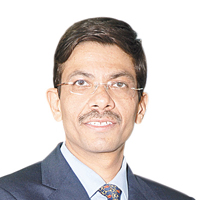 At this juncture, therefore, the crucial question for an investor is to find out — what holds true for commodities this year? Commodities, which are a great indicator of what is happening across the globe have become an interesting asset class, which not only helps one diversify the portfolio but also to benefit from the demand-supply trends, thereby, reaping rewards.

Keeping this in view, we shall take a look at various commodities and their prospects in 2012. In the last year, performance of commodities in metals and energy space has largely been tuned to macroeconomic developments across the globe. Gold and silver touched new highs and remained upbeat. The yellow metal touched an all-time high of $1920 per ounce with silver testing around $50 per ounce. Crude oil, witnessed 11 per cent gains on the Nymex in the first-half of 2011 due to geo-political tensions in the Arab nations. Natural gas prices remained buoyant but increasing supply continued to act as a deterrent for a sharp rally. In our view, we expect crude to remain above the crucial $90 per barrel mark in 2012 on the back of consumption growth in emerging and developing economies along with potential supply disruptions. In domestic markets, we expect crude prices to rise in the second-half of 2012, with targets of Rs 6,100-6,350 per barrel.

For base metals, we have a positive outlook for the second-half of 2012 on account of improvement in the US economy and expected decline in interest rates in China. Apart from the inherent demand-supply fundamentals of each base metal, these two factors (US economy and Chinese interest rates) will constantly support their prices. Further cues from the Euro zone will provide a direction to base metal prices in the first-half of 2012.

In the case of copper, concerns over the supply front are expected to continue which would  buoy its prices in the second-quarter of this year. China is expected to loosen its monetary policy and the return of credit in the market will also help support demand from the end of fabricators. Prices in India are expected to rise to around Rs 465-500 per kg by the second-half of the year.

In agro-commodities, while global food prices declined in 2011 and were dragged down to multi-month lows, on the domestic front, prices were comparatively stable on the back of above-normal monsoons for the second consecutive year. It led to an increase in output of most commodities including grains, oilseeds, sugar and cotton.

However,  2011 was also witness to new highs for certain commodities including guar seed, pepper, chana and mentha oil. Unlike non-agri commodities, domestic agri commodity prices were driven by the demand-supply fundamentals of the individual commodities. Guar seed and guar gum registered highest returns and gained around 155 per cent and 273 per cent respectively during 2011 on account of record-high exports which remained robust for the second consecutive year. Although, a tight supply position caused by a 25 per cent drop in output in 2011-12 season points toward a bullish trend in guar, we don't expect much upside in the coming year as overseas importers may shift to other cheaper substitutes of guar gum and exports may be hampered. Prices are expected to average around Rs 6,500 during the year.  Edible oil which posted positive returns in 2011 may continue to shine in 2012 on account of higher domestic oil meal exports coupled with supply tightness of oil crops in global markets. We expect soybean prices to touch Rs 3,000 levels in the second half of 2012. Cotton and sugar both have witnessed a considerable decline in prices but this year, we expect prices of sugar to recover from the current levels and touch Rs 3,300 levels. In the case of cotton, expect prices to touch Rs 1,000 levels as India is expected to export more than 8 million bales of cotton in the current season.

Among major spices, pepper prices gained more than 60 per cent on account of lower global availability resulting from erratic weather in Vietnam, Indonesia and India. In 2012, pepper may witness downside pressure owing to high pepper output estimates in the global markets and we expect the commodity to touch Rs 28,000. Jeera prices which remained under downside pressure in the second half of 2011 are expected to bounce back on expectations that unfavourable weather conditions may hamper jeera output in 2012. Prices may touch Rs 19,500 levels during the year.

Each year brings hopes of better prospects for all. Vibrations in the financial arena at this point of time are no different and we expect the global economic scenario to smoothen by the second-half of the year. Keeping this in mind, commodities point towards a new trajectory this year, which should not be missed.