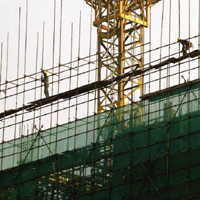 08 November, 2014
Print this article Font size -16+
Private equity firm Baring Asia is in advanced talks with the Indian arm of French cement maker Lafarge SA to invest about $240 million for a minority stake, two sources with direct knowledge of the matter told Reuters on Tuesday, 30 April 2013.

Lafarge, which has four cement plants in the country, is raising capital in the Indian arm to fund expansion, one of the sources said.

The deal is likely to be announced soon, said the sources, who declined to be named as they were not authorised to speak to the media.

Globally, Lafarge has been shedding non-core assets to cut its debt. Lafarge was looking to sell its South Korean unit, according to a local media report in December.