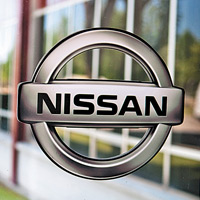 08 November, 2014
Print this article Font size -16+
Nissan Motors India’s 77-odd dealers have threatened to derail the company’s quick growth this Diwali, if they are not allowed to sever ties with Hover Automotive, Nissan’s Indian partner for sales and marketing. A Nissan official said the dealers have not taken delivery of the Evalia, which should have been available in the showrooms.
Nissan hoped to put at least 5,000 Evalias on the road by this fiscal, expecting its sales to propel the firm to increase its dealerships to 100 by March. With the dealers refusing supplies, this is expected to cost the automaker dearly.
Nissan has been operating with Hover — which was also responsible for the movement of spares — ever since it entered the Indian market. But the dealers, who claim to have almost tripled sales from 10,000 cars in 2010-11, are against Hover determining their financial independence and growth. They say that they can do their own sales and marketing since they understand a region or locality better, and want Hover out of the picture.
Nissan Motors in Japan has met with representatives of a newly created Nissan Dealer Forum to discuss this issue. Nissan India MD and CEO Takayuki Ishida has been in Japan for over a month and would like to settle this issue soon.
Although Hover and Nissan officials were not available for comment, they issued a press statement saying that they remained committed to the growth of brand Nissan and that Hover was a key partner in India.