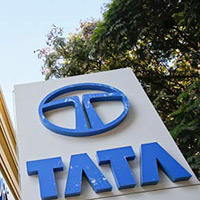 Barclays adds JLR's performance has been improving as Europe and the US are showing signs of recovery along with "continued volume strength" from China.

"While Tata Motors' domestic business remains under stress due to macro concerns, we believe an improved performance from JLR should offset any drag from the standalone operations," Barclays said in a note.