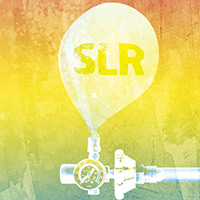 08 November, 2014
Print this article Font size -16+
The narendra Modi government has instructed its ministries not to file suits against each other. Welcome as it is, the move should be only the first step in the much-needed reform of the government’s litigation policy. To be sure, one such policy exists, dating back to 2010; it says the easy approach of ‘let the courts decide’ must be ‘eschewed and condemned’. That rule is followed more in the breach. The new diktat must not meet that same fate. Government litigation, say lawyers, eats up the lion’s share of courts’ time. A similar policy on appeals must be implemented. Appeals, especially in tax, should not be resorted to simply because the avenue is open. The government should dissuade its companies from not honouring commitments knowing that the dispute resolution in India takes years.
— Abraham C. Mathews

A Cracking Diwali?
For the second time in a row, the statutory liquidity ratio (SLR) or funds that banks have to mandatorily invest in government securities (G-Secs) has been cut to 22 per cent. Mint Road had cut the SLR to 22.5 per cent in June. While there may be no immediate cut in bank lending rates, the feeling is that Mint Road has adopted a wait-and-watch policy. Had it gone for a cut in its key rates — repos rate or cash reserve ratio — at this stage, it might be seen as being hasty given the upside pressures on inflation despite its recent moderation. In any case, the two are blunt instruments. It’s better to cut the SLR; in effect, banks need to invest less in G-Secs and have more to lend to India Inc (for the record, the surplus over the minimum SLR is now about six per cent). Diwali is just two months down the line!
— Raghu Mohan

A Taste Of Its Own Medicine
The insurance laws (Amendment) Bill that aims to hike FDI in insurance to 49 per cent is stuck for the moment. While the Lok Sabha has cleared it, the Congress-dominated Rajya Sabha is planning to send it to a Select Committee. Essentially, that means Narendra Modi’s first major reform has hit the skids. He will not be in a position to impress the US when he visits the country in September. The current Bill has 97 amendments to the original one introduced by the UPA in 2008, which the BJP had successfully stalled. The Congress argues that the current Bill is very different from the original one. The BJP government, on its part, is seeking a time-bound scrutiny by the committee so that the Bill gets passed soon. In case that happens, the Bill could get passed in the Winter Session.
— Anup Jayaram

Conflicting Counts
Poverty estimates in the country have always been debatable. According to the Rangarajan Committee, 29.5 per cent of Indians are living below the poverty line. Earlier, the Suresh Tendulkar panel had estimated the proportion of such people to be 21.9 per cent. Now, the World Bank says there are just 100 million Indians below the poverty line. It has revised its earlier estimate of 400 million poor based on the purchasing power parity index in 2005. Statistically speaking, this means less than 10 per cent of Indians are poor. The danger with these differing figures is that they become the basis for rollout of the government’s welfare programmes. A more reliable method would be to engage the country’s 25,000-plus gram panchayats in identifying households that are really poor and then plan and roll out welfare schemes. The human touch is always better than statistical estimates in such matters.
— Joe C. Mathew

A Cloud Over The Monsoon
With the Met department lowering its forecast for June-September rainfall to 87 per cent of the long period average, the worry lines on farmers’ foreheads are growing. Given the trickle-down effect of scanty rainfall on inflation and the economy and the fact that climate change is an alarming reality, there has been much talk of scaling down dependence on monsoon by expanding irrigated farmland. Currently, 50 per cent of India’s farmlands have no access to irrigation. But that will take time. Meanwhile, in some pockets new varieties of wheat and rice that need less water have been tried out successfully. Elsewhere, moisture sensors are being used so that farmers know when is the right time to sow. Till the time our farmlands get access to irrigation, the crying need of the hour is more such low-cost solutions that can provide some respite to rain-deprived farmers.
— Chitra Narayanan

Risky Route
Power majors Adani Power, Tata Power and Reliance Power are looking at acquiring the operational power plants of distressed players in their hunt for growth. With 50,000 MW of generation capacity up for sale, any serious player with a long-term horizon must go for the kill at a time when assets are priced at their lowest. However, a look at the balance sheets of these companies suggests they are taking a huge risk. Take, for instance, Adani Power which has bought the 1200 MW Udupi power plant from Lanco Infratech for  Rs 6,000 crore. The company has a debt of Rs 22,317 crore, with cash and bank balance of just Rs 412 crore. The company should be careful in charting such a growth path, for it may throw its finances out of gear.
— Neeraj Thakur

Neighbourhood Watch
Prime Minister Narendra Modi’s recent visit to Nepal, the first by an Indian prime minister in 17 years, was part of his outreach policy in the neighbourhood. Modi offered a $1 billion line of credit to the land-locked country. But two key agreements, the Power Trade Agreement (PTA) and Power Development Agreement (PDA), were not signed. The dispute over the PTA was that it allowed only the Indian government and entities to build hydropower projects in Nepal. That needs to be sorted out before the agreement is signed. It must not be forgotten that in Nepal, China too is interested. After all, the Himalayan rivers can generate a potential 42,000 MW of power. While Modi’s outreach is commendable, the Indian government needs to sign the deals too. That will be the test of true diplomacy.
— Anup Jayaram

Handset Highnesses
Homegrown handset maker Micromax recently claimed it had displaced Samsung as India’s largest selling mobile phone brand. Though Samsung was quick to trash the claim, one thing is clear; the Indian brand has come up strongly to pose a challenge to the Korean handset maker. Some say Micromax may do to Samsung what the latter did to Nokia not too long ago. Adding to the heat are other local players like Karbonn besides Chinese and Taiwanese handset makers that have been launching smartphones at attractive price points with all the hardware features of hi-end handsets. As things stand now, even if Samsung hasn’t lost the number one spot yet, it may soon do so to one of the Indian or Chinese players in the volume game. The moot question is: Will Micromax be able to main its leading position for long? It can if it follows and improves upon the Samsung strategy of staying ahead of the consumer expectation curve and giving them full freedom in selecting not just the model but even software specs.
­— Sachin Dave

The REIT Thing For Realty
With the SEBI guidelines for Real Estate Investment Trusts (REIT) and Infrastructure Investment Trusts (InvT) in place, an effective instrument for investment in realty and infrastructure projects has been finally legalised. REITs will operate in commercial real estate through special purpose vehicles in which they must hold a controlling stake of more than 50 per cent. In many areas, the SEBI norms are sweeter than what the Budget promised. For instance, SEBI has fixed the starting minimum asset value for a REIT and InvT at Rs 500 crore or more, while the Budget proposals had suggested Rs 1,000 crore. The initial offer has to be Rs 250 crore or more. Today, commercial/office realty is in a slump while urban infrastructure is starved of funds. Now, these instruments will ensure a funding pipeline, which could be as large as $20 billion over the next year.
- Gurbir Singh

Ringing In A New Marketing Strategy
At 2 pm on August 12, the newest darling of tech street, Xioami, put 20,000 units of its Mi3 smartphones on Flipkart. Within seconds the phones got sold out. Xiaomi phones are exclusively being sold on the e-commerce platform in India. And it has shrewdly been selling the phones in small batches, creating a buzz. This was the fourth batch. Xiaomi is not the only one to enter into exclusive deals with Flipkart. Motorola was the first one to come riding on an exclusive arrangement with Flipkart with its Moto X, G phones. And taking a leaf out of the the phone companies marketing manual, Author Chetan Bhagat and his publisher Rupa too have entered into an exclusive arrangement with Flipkart for his latest book, Half Girlfriend. According to Jagdish Sheth, 4 As are essential to marketing — Acceptability, Affordability, Accessibility and Awareness. But looks like making a product inaccessible can work too!
— Chitra Narayanan