Banks Not Allowed To Trade In Bonds For Infra Lending 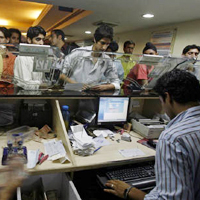 08 November, 2014
Print this article Font size -16+
Banks will not be allowed to trade bonds issued by other lenders for infrastructure lending that would be exempted from mandatory reserve requirements under the guidelines issued last week, said Reserve Bank of India (RBI) Deputy Governor R Gandhi.

The RBI last week allowed lenders to issue bonds for infrastructure lending, but barred the banks from holding each other's bonds.

Gandhi said the central bank would prefer that these bonds for infrastructure lending attract investors from outside the banking sector.

"The idea is funds to come from outside the banking system," he said.

Dealers had been confused about whether the cross holding restriction also meant that the banks were not allowed to trade in these bonds, given that lenders are crucial market makers in this segment.