Udhampur (Jammu and Kashmir) [India], February 6 (ANI): Most families in Ghordi Khas East village of Jammu and Kashmir's Udhampur are engaged in weaving bamboo baskets, which is their main source of income. They are now seeking government help to grow the business.
Talking about the bamboo business, sarpanch Ashok Kumar told ANI, "Bamboo weaving is the main source of income and the major occupation in our village. A large population of this village was earlier engaged in this bamboo work. But now the numbers have reduced substantially. Locals have been doing this for generations but they're leaving this craft. We wish for an institution under Atmanirbhar Bharat so the craft can be developed" 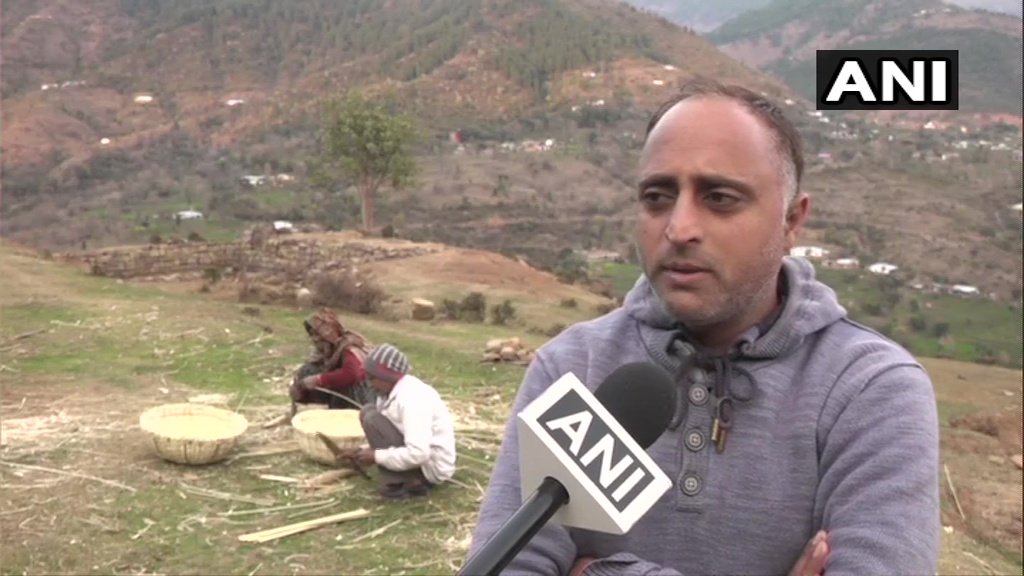 Rohit Singh, a bamboo artisan from Ghordi Khas East village, stated that around 20 to 30 years ago some 70 per cent of people in the village used to do bamboo work, but the percentage decreased to 30 per cent due to lack of facilities that remained undeveloped by previous governments. He added that under the current government's Atmanirbhar Bharat scheme and 'vocal for local' slogan, the per cent of artisans has improved to 40.
"I would like to request the government to make the village a bamboo hub so that more people take interest in this work. It will also help the village become a production hub for bamboo products. This will help the business prosper and improve the lives of the villagers who, mostly depend on this business for their livelihood," Singh said.
Singh further added, "Bamboo products are eco-friendly. If these replace plastic ones a lot of pollution can be curbed. It will also increase the income of bamboo artisans."
Another bamboo artisan from the village told ANI, "We have been making bamboo baskets for more than 70 years now. Our grandfathers and great-grandfathers used to do this and we want to continue this work. Around 150 families in this Ghordi Khas East village depend on this business for their livelihood." (ANI)