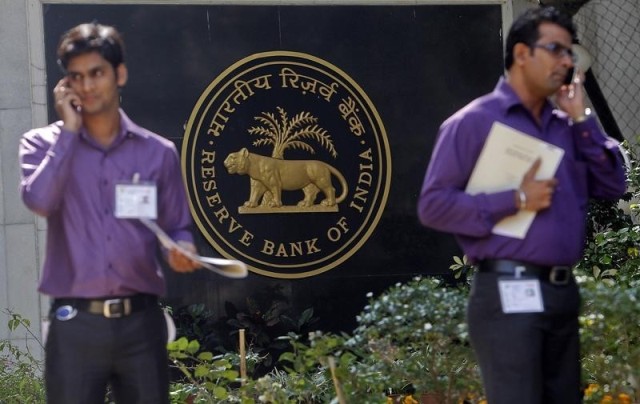 India's state-owned banks warned growth in bad loans may continue into next year as they posted a rise in troubled loans for the September quarter with a weakening economy causing debt-laden sectors such as infrastructure to default on payments.

The bleak assessment means these and other banks, including private sector banks, may have to make higher provisions in their books against the souring loans which could eat into their profits at a faster pace.

It also means lenders will need more capital to act as a buffer against the losses from the bad loans. The lenders are already estimated by analysts to need as much as $110 billion in new capital through March 2019 to comply with new global regulations.

Bank of Baroda and Bank of India, two of India's biggest state-controlled lenders, were among those that announced this week higher bad loans for the quarter ended Sept. 30 and forecast further deterioration in asset quality in the current fiscal year to March 2015. State Bank of India, India's top lender, will report next week.

India's banking sector is sitting on roughly 6 trillion rupees' worth of stressed loans - or nearly 10 percent of the total advances - according to estimates from credit rating agency Fitch's local unit.

About 45 percent of the loans have already gone sour, while the remainder is in the "restructured" category - troubled, but for now requiring banks to set aside only minimal reserves.

But from April, new rules will abolish the "restructured" category and prompt banks to either chase customers for payment or set aside billions more in reserves.

As India's economic growth slipped below 5 percent in the past two fiscal years - the weakest spell since the 1980s - banks' bad loans jumped to more than 4 percent of their total assets this year from 2.4 percent in 2011.

Credit growth, meantime, has fallen to its lowest in more than a decade.

"The stress in the sector may continue for at least one or two quarters (more)," said P. Srinivas, an executive director at No.2 lender Bank of Baroda, which saw a fall in profit and higher bad loans. He expected additions to bad loans to be at current levels.

Recovery Hopes
The pace of economic growth is widely expected to quicken this fiscal year and next as a new government led by Prime Minister Narendra Modi speeds up clearance for big projects and implements reforms to attract investments.

That recovery, banks hope, will begin to feed through to corporate balance sheets.

But results on Friday showed there will be pain to be endured until that comes through.

Of the 34 lenders that have reported their earnings for the fiscal second quarter to end-September, 25 reported a rise in bad loans as measured by gross non-performing loans as a percentage of total, according to data compiled by Thomson Reuters.

India has 40 publicly traded lenders, with 24 of them majority owned by the government.

Sectors such as metals and mining, infrastructure and textiles have been major stress areas for banks. A Supreme Court ruling scrapping most coal extraction permits given to companies over two decades is also seen weighing on loans.

India Ratings and Research, Fitch's local unit, said it expected banks to restructure loans worth between 600 billion rupees and 1 trillion rupees in the next five months as the Reserve Bank of India (RBI)'s new rules removing the difference between restructured loans and non-performing loans kicks in from April.