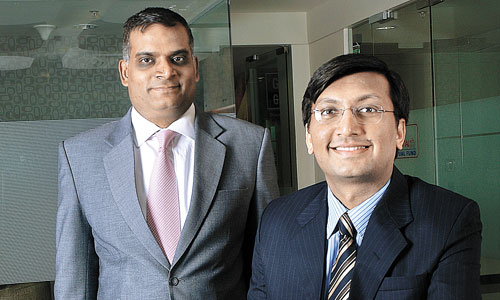 The investment objective of the fund is likewise simple: to generate capital appreciation by creating a portfolio that is invested in equity and equity-related securities (up to 51-60 per cent), debt and money market instruments, securitised debt and cash (including money on call) which together comprise the remaining 40-49 per cent. This allocation strategy usually generates steady returns over the long term.

Haria focuses on buying stocks that are unpopular but are backed by solid businesses. This helps him in picking stocks at a low price and booking returns when the sector picks up. “We invested in the oil and gas sector at a time when very few fund managers had the guts to go into this sector,” he says, adding, “And when the sector picked up, we got the beta out of it. It is all about value orientation.” In other words, where he feels the market is mispricing a particular sector based on the price-value gap, his fund tends to go overweight on it.
He has also been moving towards a more balanced position, investing in large caps stocks and divesting the mid caps. “Earlier, the fund was 100 per cent mid cap-oriented,” he says. “Mid caps are very volatile and returns are difficult to predict.” Decreasing the volatility of a fund with a 5-7 year lock-in is important for generating consistent returns over a period of time. Since large caps inherently have a lower beta on the downside, Haria plans to restrict the mid cap portion to 50-60 per cent of assets under management. Despite the current volatility, the fund has 78 per cent of its investments in equities.

Taking advantage of the upward trend in the market, the percentage of equity will be brought down progressively to 65 per cent, the threshold for equity-oriented hybrid funds. The average assets under management (AAUM) of the fund stands at Rs 196.54 crore.

Haria believes the size of the AAUM gives him scope to churn the fund’s portfolio faster. “The small size of the AAUM gives me the freedom to make use of opportunities even in small and mid cap names which are not that liquid and, therefore, it is easier to get alpha. If this fund was larger, it would have been difficult to do that,” says Haria.
Avnish Jain manages the debt portion of the fund and uses his expertise to maintain the fund’s balance. “We intend to generate alpha out of the equity portion so we don’t manipulate the debt portion much,” Jain says. “It’s a slightly semi-passive strategy of holding onto positions on the short-term side.”

Haria seems happy with his fund’s performance in the past year and concludes by saying, “As far as last year is concerned, there is not much to complain.” In a year that had two distinct halves — the first when the markets didn’t quite know which way to go, and the second when they gained about 30 per cent — investors in his fund shouldn’t have any either.