Back To The Living 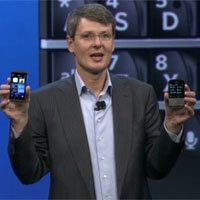 08 November, 2014
Print this article Font size -16+
Much better too, is their slick swipey re-imagined operating system, BlackBerry 10. It's smooth, fluid and quite evidently easy to use. Behind it, is Vivek Bharadwaj, the Indian who heads BlackBerry's software. Sadly though, investors don't give it a 10 and BlackBerry (BBRY) stock took a dive post the launch event in New York. Why? What else could the poor guys have done, besieged as they are by Apple and Samsung?

I guess what the investors would have wanted is something revolutionary and unpredicted, not merely a return to the land of the living. That's very tough to do, at a time when even Apple is showing some signs of strain and will need innovation to convince its investors it hasn't lost its mojo after Steve Jobs and can stand up to Android. Samsung, king of Android, may have its own challenges looming as it begins to face a flood of inexpensive devices flowing in from smaller companies.

Yep, no one can take their place at the top for granted, and that's just what BlackBerry did when it was Research in Motion, so why blame Apple and Samsung, really. Even today, from the CEO Thorsten Heins, right down to the last PR kid, they look through other smartphones as if they didn't exist.

But being more of a gadgets person, it's the devices and what's on them that interests me over what will become of BlackBerry the company. So, looking from my narrow focus lens, let me say that the two devices, the upper tier Z10 and the QWERTY hanger-on, Q10, both look more or less on par with today's smartphones. Both are well-designed and it's interesting how the Q10 actually manages to look contemporary despite the full keyboard. Perhaps the Z10 should have been a quad core and had more battery heft to it, but let's leave something for a next iteration. Plus, it's working smooth enough from what we saw of the alpha devices. Talking of smooth, the "flow" on this OS is looking good. To pack in quite a lot and allow it to be used by one hand - or just one thumb, really — needed fluidity and intuitiveness and that is there. It's a bit like the swiping around on a Windows 8 tablet or laptop is the most fun part — it's a similar experience here. Also really impressive is the fact that everything is just a swipe away. Whatever screen you're on, a thumb-swipe gets you to the BlackBerry Hub, where all your communication with the world sits. While it can be messy to get all your messages and updates from the social networks together with your mail and texts in one place, you could really be among those who will appreciate this ability if your work is structured to take in inputs from multiple sources. You can also filter out different streams when viewing your Inbox. Maybe the young and super-connected will like it too. The Hub is designed so you can pull out communication from it and act on it anytime without disturbing or exiting whatever else you were doing.

The seamless integration of everything with everything else is also impressive. I haven't used the new device at all yet — only seen the near-final, but one can see that different parts of the software talk to each other.  In th future, if all goes well and works as advertised, this is the sort of capability that would help work this OS into other situations, like in cars, more easily. The information you need coming up when you want it could be a powerful thing.

BlackBerry has been thought to have been held back because of the shortage of apps and indeed, even Windows, which started later, has more apps now. More apps added each week are promised by BlackBerry, who always talk of how strong the support is from the developer community. But I would say it's also important to look at the OS and devices as what they can do for productivity even without the apps — and there I think that it's possible to use BB10 to add real efficiency to a work day. Everything is reachable and actionable, in context and collaborative. If you meet such a system halfway, you can act on emails, discussions quickly done on Skype, a message sent out on BBM, and get stuff done even before you get around to making a to-do list.

Whether BB10 is a booster shot of adrenaline which will bring BlackBerry back to relevance and parity for now, or it ensures a firm third place in the smartphone race will now depend on what happens next.