In a one-of-a-kind exclusive interview with BW Businessworld, in the popular series BW Dialogue, Australian cricketer star Shane Watson got candid and delved into the never ever spoken before sides of life. Here are 10 key takeaways from his candid conversation 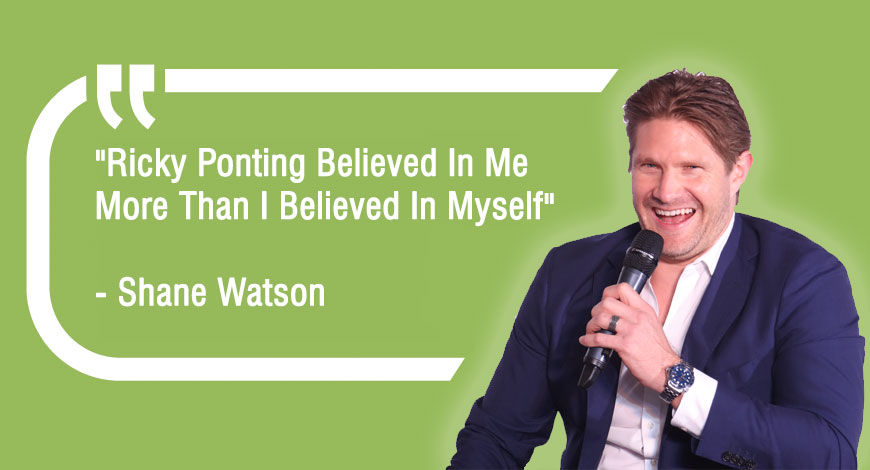 So who is Shane Watson’s Favourite cricketer? The answer comes out like a smooth flick of his bat “Jack Kallis”. Kallis and Watson had been contemporaries and both had been known for their great all-round performances. While Kallis played the Kolkata Knight Riders, Watson played from the rival team Rajasthan Royals.

“I am a Good Cook”, Watson said candidly when being asked what is the special quality he has.

Achievement OutSide The FIeld: Cricket Academy

Shane Watson was an AIS Australian Cricket Academy scholarship holder in 2000, started his own Cricket academy recently and wants to groom a lot of juniors. He says, it reminds him of his own journey.

The Australian Cricket star Shane Watson loves books written by another sportsperson Tom Brady. Brady is an American football star who plays as quarterback from New England Patriots of the National Football League.

Lessons From Cricket Scandal: You Are Not A Bad Person

Shane who recently termed the punishments slapped on Australian cricketers Steve Smith, David Warner and Cameron Bancroft for their roles in a ball-tampering scandal as ‘extreme’, believes “If you have done something bad, doesn’t mean you’re bad person”.

What Would You Be If Not A Cricketer: Rock Band Artist

This Queenslander has admitted in several interviews that he is a music aficionado and it is his passion for music that helped him stay strong during the rough patches of cricketing career. Videos of Watson playing his guitar are common on most video platforms. Even today when asked what would have been an alternate career, Shane replied that he would have been a rock band artist if he was not playing for the Australian team.

Before You Turn 50: Successful Businessman

Shane who has taken a retirement from international cricket, now wants to focus on his businesses. Apart from the cricket academy that he has opened up, he also made a few other investments. Before 50, the Aussie wants to be a successful businessman.

Shane finds his family as his biggest support system in life. Watson is married to broadcaster Lee Furlong. They have two children.

Philosophy Of Life: There Is A Reason

The 37-year-old Aussie who has donned 148 One Day International and 391 tests for his national cricket team, believes he has learned one thing from his life - whatever happens, happens for a reason.

Learning: Do Not Be Under Pressure