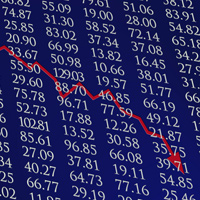 08 November, 2014
Print this article Font size -16+
The Dubai Gold and Commodities Exchange (DGCX) started trading an Indian stock index futures contract on 3 July' 2013, aiming to tap demand from the large expatriate Indian population residing in the Gulf region.
Under an agreement with the BSE, derivatives exchange DGCX started trading futures for the S&P BSE Sensex, an index of the top 30 companies listed on the Indian bourse, the two companies said.
The alliance forged by BSE, Asia's oldest stock exchange, is mirroring a move by its larger rival National Stock Exchange (NSE). The NSE's stock index futures are traded through both the Chicago Mercantile Exchange and Singapore Exchange.
BSE Chief Executive Ashishkumar Chauhan, in Dubai for the launch on Wednesday, said that the new index contract will appeal to the region's huge Indian population.
Though BSE maintains that it is the world's No. 1 exchange by virtue of its 5,000 listed companies, its trade volumes have been eclipsed by those of NSE, founded in 1993.
The total value of share trading on the NSE hit a little more than $526 billion last year, against about $110 billion on the BSE, World Federation of Exchanges data shows.
The competition has been boosted further by the launch of equities trading by the newly established MCX-SX bourse this year, but Chauhan insists that BSE is not focused only on winning the volumes game.
"Our aim is to enable capital formation and look at ways to boost transparency and liquidity in the markets," said Chauhan, who has previously worked at NSE during its formative years.
"Volumes will boost your own valuation, but that alone does not create efficient markets. We are not in that game."
Founded in 1875, BSE last year said it plans a stock market listing of its own, which could value the exchange at about $1 billion. The initial public offering was originally slated for the first half of this year and BSE had picked 14 banks to arrange the sale.
Chauhan declined to comment on the plans. "My investment bankers have asked me to keep quiet on that topic," he said.
Frankfurt-based Deutsche Boerse and SGX each own 5 per cent of BSE, whose Sensex index remains India's benchmark stock index even though rival Nifty has higher volumes.
DGCX, set up in 2005, is the first derivatives exchange in the Middle East Gulf region and mainly offers futures contracts on precious metals and currencies.