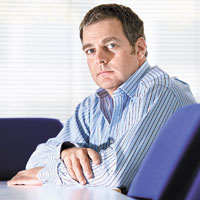 How important is India to British Airways?
India is our second biggest market. Ten per cent of our planes are directed towards India. There are 47 flights a week to India.

Has India got more challenging? For instance, the steep increase in airport fees...
I will give you an interesting example and everyone should learn from it. In 2006 or so, APD, which is the British aviation tax, went up on long haul by 360 per cent. Now, between 2007 and 2010, customer numbers dropped by 29 million in the UK. You think the two are linked. They might be.

When airport charges go up by 200 -300 per cent, at the end, the customer will pay.  So you have to be very careful that you don’t bite the hand that feeds on you.

The Gulf carriers have cornered a large share of the Indian market. How is British Airways coping?
We play with the hand that we are dealt. Customers make their own decisions on quality, service and reputation.

We announced, some months ago, a £5 billion investment in products, including a huge amount on cabin crew training and on localising our market offerings. The £5 billion has fetched us 12 A 380s and 24 787s. A large investment was made in Big Data. The upside is expected to be staggering.

How so?
Our cabin crew has valuable information about the customer — they know how many times the traveller has gone on British Airways. So, if it is a trip where they are triggering the gold level, they tell them about it. Customers love it. Then, we have a group of people whose travel tails off. We ring them up and ask them why. You expect them to be annoyed with the airline, but they are not. They have changed jobs... So we have got something called Best Next Action for them.

How much of ticketing is moving to mobile?
We notice effects of multi-screen behaviour when we advertise on TV. Enquiries through iPad peak when an ad is beamed. It might just be a brand ad, but the ticket enquiries on BA peak on tablets at that moment.

How much of the selling do you do on your own vis-a-vis travel agents?
Fifty per cent is through travel agents and 40 per cent through our call centres. Ten years ago it was just 10 per cent on our own.

We have to think like a retailer. We have to put ourselves in the minds of the customer. And find out what engages them more.