New Delhi [India], October 17 (ANI): As the festival of Navratri began today, Bollywood celebrities including Amitabh Bachchan and Neetu Singh extended their warm wishes to fans.
Legendary actor Amitabh Bachchan took to Twitter to extend his wishes along with a Sanskrit shloka dedicated to the goddess. 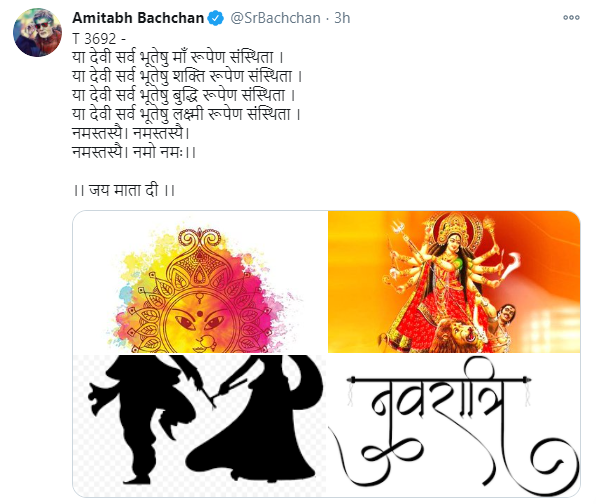 Talking about bringing change in the world and sharing a beautiful artwork on Maa Durga, actor Urmila Matondkar also took to Twitter to extend Navratri wishes to her fans.
She penned down a heartfelt caption, "'No matter what people tell you, words n ideas can change the world' Most stunning depiction of #maadurga by Bengal artist Pallab Bhowmik. Maa Durga as migrant worker with her children. Wishing you all #HappyNavratri #Navratri2020 #NAVRATRA #navratrifestival" 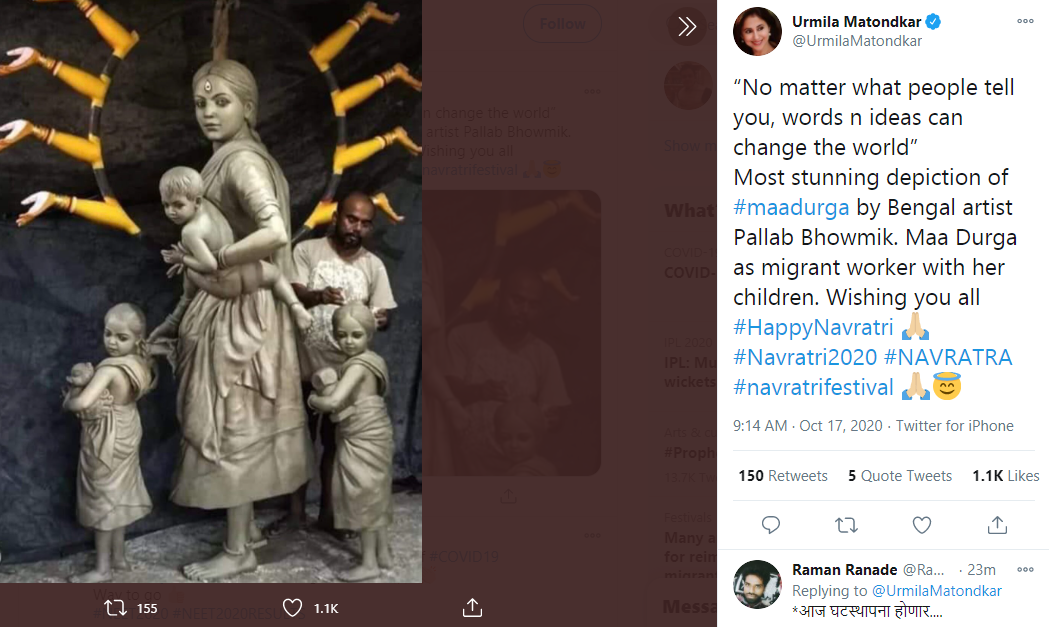 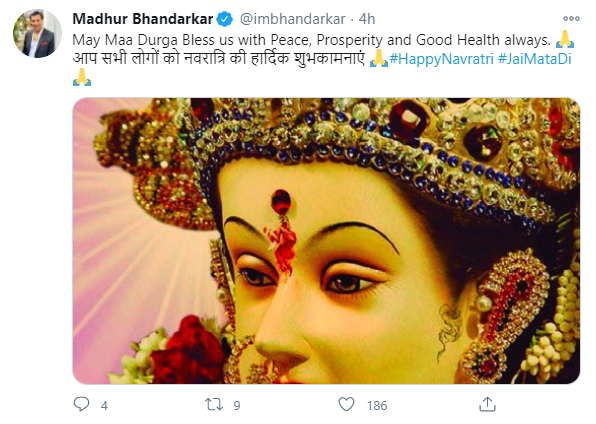 Actor Anupam Kher took to Instagram to wish his fans a happy Navratri by sharing a video of goddess Durga in different forms. 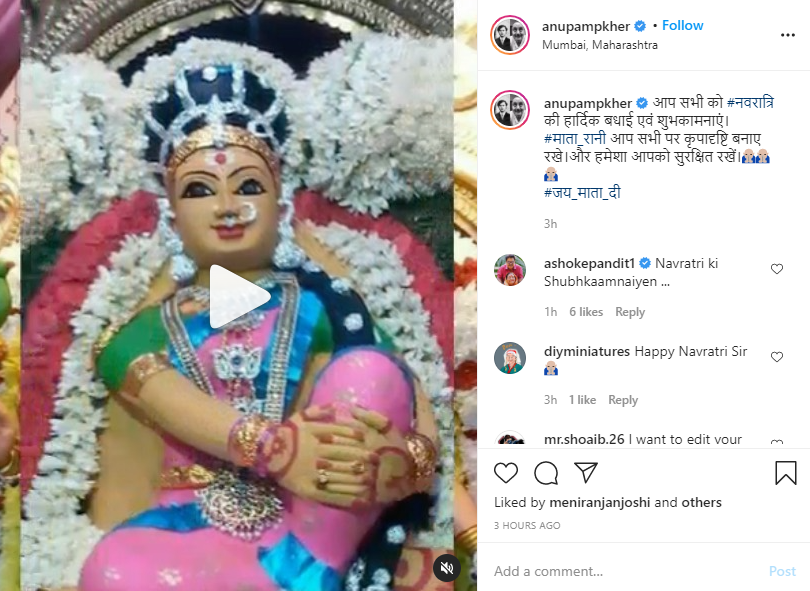 Sharing a picture of herself fully dressed in traditional saree and accessories, actor Vidya Balan also took to Instagram to extend wishes to her fans.
"Happy Navratri ... Happy #GoddessPower time," she wrote in the caption. 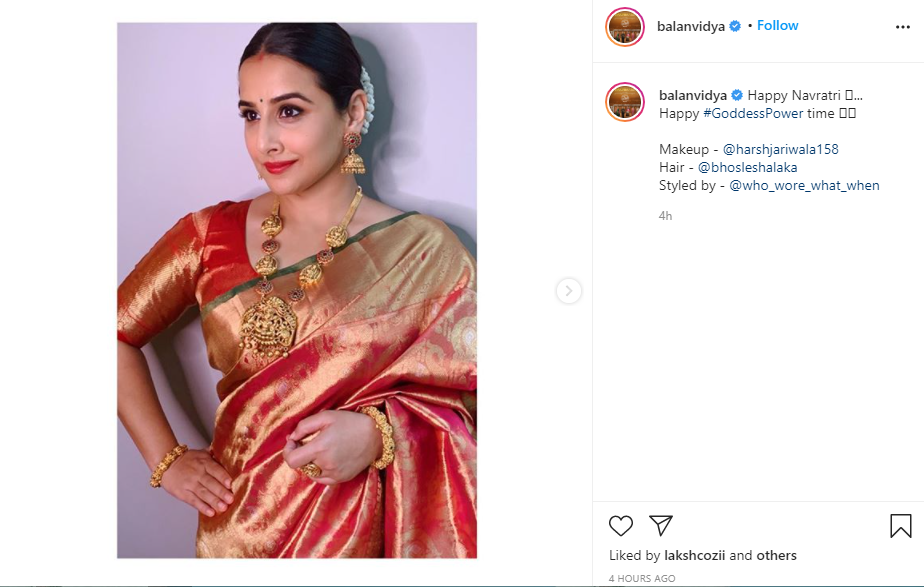 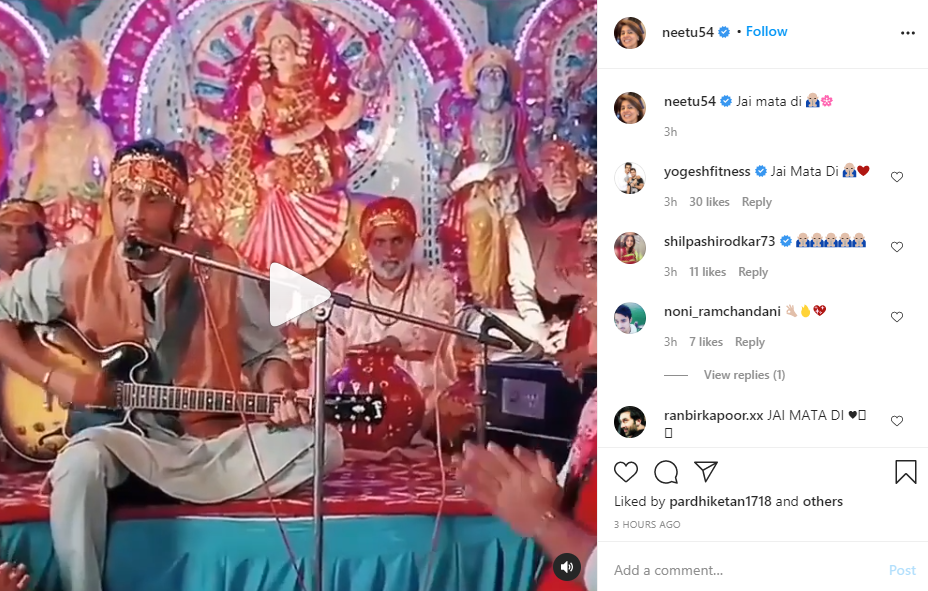 Veteran actor Neetu Kapoor shared a video from his son, Ranbir Kapoor's film 'Rockstar', singing a song dedicated to the goddess on the onset of the nine-day festival. (ANI)