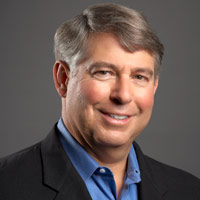 08 November, 2014
Print this article Font size -16+
A recent CNN story described an unfortunate incident with a new building being constructed at 20 Fenchurch Street in London. The building has a glass façade and at certain times of the day the façade apparently reflects and concentrates light which had the effect of melting part of a Jaguar XJ parked nearby. A number of comments following the story suggested that the architect, Rafael Viñoly, should have foreseen and prevented this problem. Further comments suggested that the problem would have been avoided if only Viñoly had hired an engineer. However, both of these notions reflect a profound misunderstanding of the design process.

Let’s address both issues. Firstly, the architect should have foreseen the problem. Design is both an art and a science. It is based upon experience and analytical rigor. Architects, like in many other professions, learn from experience. In addition to using science-based analytical models, they apply heuristics and rules of thumb based on past experience – of their own and of others. Many architects do not reach their prime until around the age of 50. This is because it takes that long to accumulate the needed experience for many building situations.

Of course, experience is based on the past and, if we only used past experience, we would never try anything new. The challenge lies in trying something new but seeing the unintended consequences, such as light being focused and concentrated. This is where architects and other kinds of designers can take a lesson from commercial aviation.

International air travel is said to be safer than ever. There are a number of reasons for this. One prominent reason is that pilots simulate their flights. They fly all kinds of missions in flight simulators, thus experiencing their flight before it is real. The simulators provide both a physics-based simulation of reality and the opportunity to apply experience and judgment.

What this means for architects is that they should model the building in a computer and simulate it, to help them see and understand how it will perform. It will also give them the opportunity to see unintended consequences and prevent them before the building is built.

Secondly, an engineer would have prevented the problem. Well, a building of this scale would have had multiple engineers involved. The challenge is that engineers often work in isolation from each other on their particular area of expertise – structural, mechanical, acoustics, lighting, fire protection, etc. Few engineers actually see the whole building. Engineers, like architects, tend to work based on analytical models as well as rules of thumb and heuristics. The analytical models they use to determine building performance are based upon past experience and – as all models do – simplify the problem to only its essential elements. An engineer may see and understand the systems for which he or she is responsible, but within the envelope defined by the architect.

Once again, digital tools can help here by creating representations that can be shared among all members of the design team, helping them integrate their work and see the whole picture. This might allow the engineers and architects to notice the problem that resulted in the concentrated light and, once again, prevent the unintended consequence.

As the story unfolded, new information surfaced that the developer altered the design to save money. Specifically, they reduced the size of the solar shading fins, primarily looking at cost and solar impact on the building, not glare – although glare was noted as a possibility. This is a case of looking at one aspect of the design in isolation rather than looking at the whole. The developers were trying to solve one problem – cost – but generated an unintended consequence – the glare – by looking at that problem in isolation from the rest of the building.

The lesson here is that the design of a building is a complex endeavour. It is very difficult to understand the whole design and foresee how the building will look, function, and perform. It is also quite easy to create unintended consequences, particularly when doing something new and innovative.

Digital tools can help address this by modelling and simulating the building before it is built. An additional benefit of these tools lies in integrating all professionals working on the building so they understand the whole rather than just their piece of the puzzle. Design is both an art – based upon judgment and experience – and a science – based upon rigorous analytical models. Digital tools help meld art and science by creating prototypes that can be observed and discussed as well as analysed.

Digital design tools can augment human intelligence and give designers a chance to be innovative while mitigating the risks of trying something new and unpredictable. That beats relying on historically-based rules of thumb!