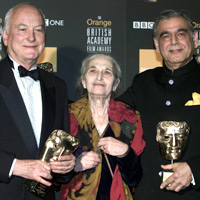 08 November, 2014
Print this article Font size -16+
Award-winning novelist and screenwriter Ruth Prawer Jhabvala, author of Heat and Dust and many other books set in India, died on Wednesday at the age of 85, her Los Angeles agent said. Jhabvala died at her home in New York City, a spokesman for Hollywood agency Paradigm told Reuters. The spokesman did not give the cause of her death but said she had been sick for some time.

Jhabvala also worked on several movie adaptations with filmmakers James Ivory and Ismail Merchant, winning two Academy Awards for her screenplays for 1985 movie A Room With a View and Howards End in 1992.

Jhabvala was born in Germany but emigrated with her family to Britain during the Nazi regime. She later married an Indian architect and moved to India, where she began to write about her life there.

Her novel Heat and Dust, a romance about a young woman living in India in the 1920s, won Britain's coveted Booker Prize in 1975, and was adapted for the big screen in 1983.

Jhabvala collaborated with Merchant and Ivory on more than 20 movies including XXThe Remains of the Day and XXMr. And Mrs. Bridge.

Tags assigned to this article:
obituary bwbooks7list ruth prawer jhabvala heat and dust howards end a room with a view