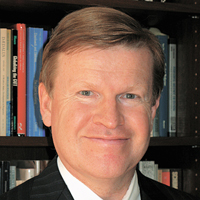 Britain's policy of fiscal consolidation, recently announced by Chancellor of the Exchequer George Osborne, sent shock waves around the world. Osborne argued that Britain was on the brink: that there was no alternative to his policy if the country was to avoid a massive crisis of confidence.

Other countries, such as Greece, needed a full-blown crisis to prompt such measures. If Britain, with a relatively low share of public debt to GDP (64.6 per cent) is worried, many others should be much more concerned.

But drastic attempts at fiscal consolidation immediately evoke memories of the Great Depression. Andrew Mellon, the US Treasury Secretary at the time, talked about liquidating workers, farmers, stocks and real estate in order "to purge the rottenness out of the system". In Britain back then, Philip Snowden, a small man, seemed to want to remake the British economy in his physical image.

A slew of heavyweight Keynesian critics are now warning that the world is about to repeat all the disasters caused by bad fiscal policy in the 1930s. This interpretation, though common, is misguided.

In the first place, US President Herbert Hoover's administration did not initially respond to the depression with fiscal austerity. On the contrary, Hoover and other figures argued that large-scale public-works programmes were needed to pull up the economy.

Moreover, today's Keynesians ignore the urgency behind the Depression-era concern with balanced budgets. When the Hoover administration did swing to fiscal tightening, it was responding to pressures from the capital and foreign-exchange markets, which in turn were responding to the crises in Latin America and Central Europe, where public  finances had been a major part of the problem.

Beginning in September 1931, the markets became nervous about the US, causing large outflows from banks — and thus from the dollar. The Depression had rendered capital markets incapable of absorbing large quantities of government (or, indeed, any other) debt. As a result, fiscal consolidation appeared to be the only way to restore confidence.

Great Britain in 1931 already grasped this logic. Snowden was worried that any attempt by the British government to borrow would fail, which would constitute an "admission of national bankruptcy". That September, concerns about public debt and the British government's ability to enforce austerity led to a run on the pound. Rather than trying to mount a last-ditch defence of the fixed exchange rate, the government, at the Bank of England's suggestion, agreed to abandon the gold standard and devalue the pound.

A third problem with the conventional Keynesian interpretation is that the balanced-budget approach during the Great  Depression did actually work. It calmed markets, and Britain's departure from the gold standard freed monetary policy, and allowed monetary stabilisation.

Finally, those who view the Great Depression as fundamentally a product of tight fiscal policies and "Treasury orthodoxy" overlook the culpability of a fixed exchange-rate regime for the transmission of bad monetary policy, and thus for fuelling the contraction.

The major question today should be whether the failure of capital markets (and the implications for government debt) after 2007 has been as severe as during the Depression. At the moment, there has not been widespread revulsion against all government debt, and some countries clearly have better access to capital markets, enabling them to finance their deficits externally.

The debate about room for fiscal manoeuvre in practice soon becomes a debate about whether countries that have financed debt in the past can continue to do so. We are still in the last stages of a bubble in government debt that arose in the first stage of the crisis from the "flight to security" of US Treasuries. When that bubble collapses, it will hit not just the weaker countries but also stronger creditors.

In the Great Depression, one of the big surprises was the devastating abruptness with which markets turned on the US. In 1931, the dollar, alongside the French franc, appeared to be the strongest currency in the international system. That should serve as a warning of how vulnerable governments and their finances can become, and of how fiscal policy can hinder a monetary approach oriented toward stability.

In 2010, Greece sent a wake-up call to Great Britain. The British response should prompt others, above all the US, to tackle their long-term fiscal weaknesses.

The author is Professor of History and International
Affairs at the Princeton University.