At The Drugs High Table 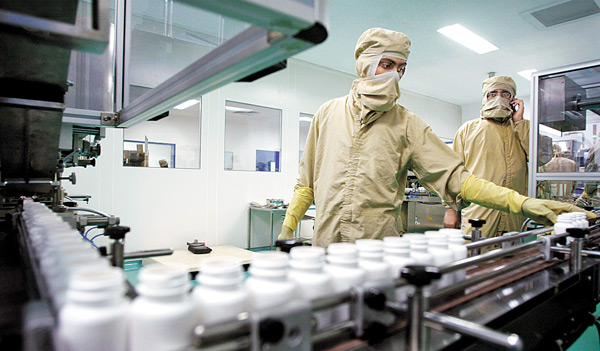 08 November, 2014
Print this article Font size -16+
The new year has brought good news to the Indian pharmaceutical industry. After more than two decades of attempts by Indian companies to develop new drugs, the launch of two new chemical entities (NCE) was announced in the last 10 days — thanks to acquired companies and alliances.

On 2 January, Glenmark Pharmaceuticals announced that the US Food and Drug Administration (FDA) had given marketing approval to US-based Salix Pharmaceuticals — Glenmark’s partner in developing the drug — to sell a 125 mg delayed-release tablet by the name of Crofelemer, meant for the treatment of non-infectious diarrhoea in patients with HIV.
Glenmark has exclusive rights for Crofelemer in 140 countries, including India. This will be the first NCE launch by an Indian company across multiple geographies.
On 8 January, Bangalore-based Biocon announced that the Drug Controller General of India (DCGI) had given its approval for the sale of its drug Itolizumab, meant for the treatment of chronic plaque psoriasis. Biocon is planning the drug’s India launch this year, and will soon take it to other markets. This is the second novel biologic developed by Biocon.
In 2006, the company had launched Biomab, a drug meant to treat head and neck cancer, developed jointly with the Centre for Molecular Immunology in Cuba.
Both Crofelemer and Itolizumab are first-in-class drugs, giving the manufacturers an exclusive market, free from competition from similar drugs. Glenmark estimates an initial sales potential of over $80 million for Crofelemer. It will also produce the active pharmaceutical ingredient (API) for this drug at its plant in Aurangabad. “This will help us accelerate filing across countries and also propel our development in additional diarrhoea indications,” says Glenn Saldanha, chairman and managing director, Glenmark Pharmaceuticals.
According to Kiran Mazumdar-Shaw, chairman and managing director of Biocon, the DCGI approval for Itolizumab paves the way for further clinical development of drugs for ailments such as rheumatoid arthritis, multiple sclerosis and vitiligo.
In India, about 2-3 per cent of the population suffers from psoriasis. Globally, the market for psoriasis drugs is estimated to cross $8 billion by 2016. Biocon plans to develop this molecule with a global partner for various markets across the world.