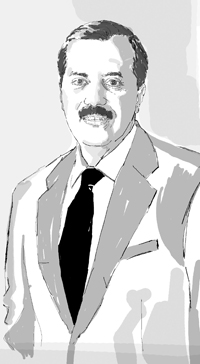 While interest rate hikes may impact the economy and society at large, policies created for these sectors should enable priority access to capital, raw materials, and labour among other factors, resulting in lower input costs, thus creating an environment to ensure that supply can match demand. Even as the government is injecting capital into state-run banks through equity, as it is the quickest method of raising funds, it is only a short term solution to make the system work. We need more long term solutions to enhance the capital base into the banking system.

To solve a part of this, consolidation of the banking sector needs to take place through mergers and acquisitions. Stronger banks acquiring the weaker one's would be one of the solution as it will contribute towards cost cutting, an enlarged customer base, and helping in strengthened operations and capital base.

The other solution that could be useful is for the government to seriously consider reducing its majority stake in public sector banks and allowing private capital—both domestic and foreign—to provide the much required long-term reprieve.

Monetary reforms have given a lot of leeway to fiscal profligacy and now they need to be strictly monitored from the very initial stages in order to avoid recurrence of the present situation. Domestic banking reforms are the prerequisite for the markets to be able to sustain and move up from the current levels.

The banking sector has seen various reforms like entry of new sector private sector banks, reduction of cash reserve ratio (CRR) and statutory liquidity ratio (SLR), deregulation of interest rates, and introduction of base rate among others, in the past 20 years.

The right banking and market reforms with urgent fiscal pruning will be critical in making available long term debt and equity capital to avoid repeat of the current situation where increasing interest rates are leading to even lower investment levels.

However, policy measures and reforms which will drive investment spending will be equally needed. These two factors together will support Indian entrepreneurs to grow world class businesses. Dependency on price elasticity alone as the only solution to growth through consumption spending is not feasible.

Indian banks are better placed than their foreign counter-parts with respect to capital adequacy and exposure to risk assets. If the inter-related factors as explained above are addressed in a pragmatic and urgent fashion, the banking system can indeed regain its strength to sustain the Indian economy at a higher level.