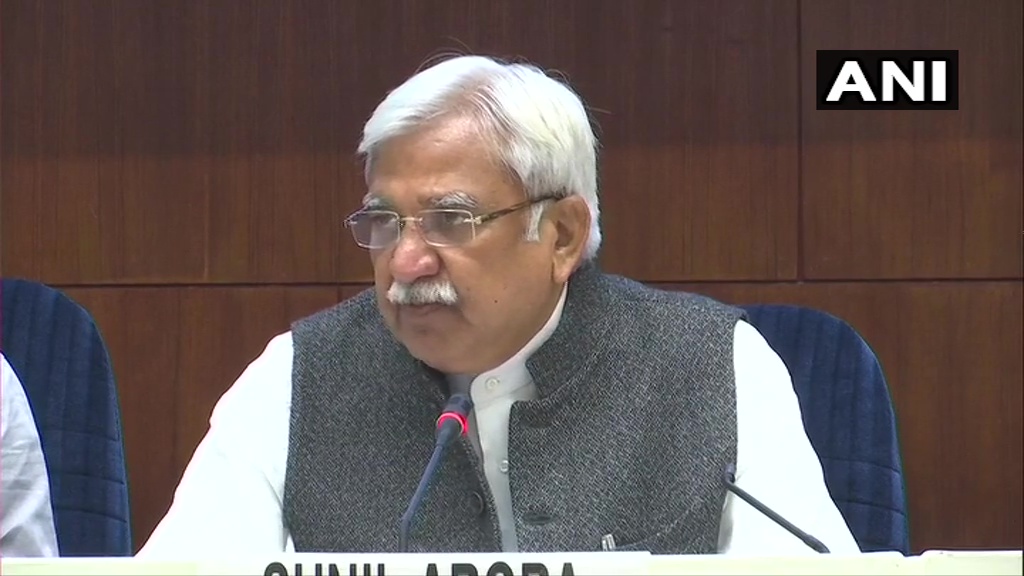 For the Assembly Elections 2021, the Election Commission has issued a protocol for voting. All poll officials will be vaccinated against Covid-19 before elections for five assembly polls, the commission said.
ECI guidelines for the upcoming elections include-- door-to-door campaigning to be restricted to five persons including the candidate, polling officials to be vaccinated, separate norms for suspected COVID-19 patients.
Central Armed Police Forces would be deployed and also special observers from other states would be nominated for monitoring the expenses during the assembly elections.
According to official communication accessed by ANI, a total of 45 CAPFs companies will be deployed in Tamil Nadu, 40 in Assam, 10 in Puducherry, 125 in West Bengal and 30 companies in Kerala. (ANI)