As The Going Gets Tough 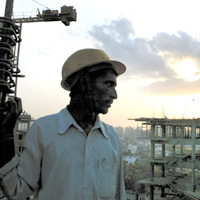 
Losing Sheen
Data from the World Gold Council shows India — one of the strongest gold markets in the world — has lost its prime position to China, where gold demand rose by 9 per cent from a year ago to 255.2 tonne in the first quarter of 2012. India's total gold demand was down 29 per cent at 207.6 tonne during this period.

Recharge Time
Despite the tax row, telecom major Vodafone is bullish on India. It is planning to list its Indian arm on the country's bourses, according to chief executive Marten Pieters. In April 2011, Vodafone Group CEO Vittorio Colao told media that an initial public offering for Vodafone India could beon the cards. Standing FirmTelecom regulator Trai has stuck to its recommended base price for 2G spectrum auction at Rs 3,622 crore per MHz in the 1800 MHz band. Telcos had said Trai's recommendations would jeopardise the sector and force them to raise tariffs 30-40 per cent.

Insurance regulator Irda has asked life insurers to stop selling highest net asset value (NAV)-guaranteed products, which contribute 20 per cent to their total premium collection. Highest NAV-guaranteed products are those that promise to pay the highest value the fund achieves during a certain period, say, five or seven years.

Textile Trauma
In the past eight years, 215 cotton or man-made fibre textiles mills, which employed 69,774 workers, have been shut down in the country, says textiles minister Anand Sharma.