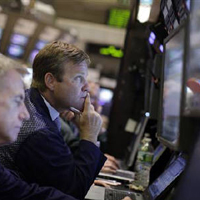 08 November, 2014
Print this article Font size -16+
Time Inc, the magazine company that is home to People, Sports Illustrated and Time, will begin trading on the New York Stock Exchange on Monday (09 June) as print based companies face serious hurdles.

Led by Chief Executive Joe Ripp, Time Inc is spinning off from its parent Time Warner Inc and will operate as a stand-alone public company no longer buffered by its lucrative cousins, pay-TV channel HBO or movie studio Warner Bros.

The move comes as magazines are beset by declining circulation and advertising revenue as consumers shift to reading on smartphones and tablets.

The magazine unit has been slashing jobs over the years - in 2013 it cut about 600 positions - a trend that will likely continue as Wall Street scrutinizes costs. The company employs approximately 7,800.

Time Inc said revenue fell about 2 per cent in 2013 to $3.35 billion compared to the prior year. Its adjusted operating income before depreciation and amortization dropped 5 percent to $587 million and its free cash flow declined 10 per cent to $384 million.

With that declining trend line, Time Inc has taken on $1.4 billion in debt partly to help fund a one-time dividend to Time Warner shareholders.

Several media companies have split in recent years in order to separate print properties from faster-growing TV and cable properties.

News Corp separated its publishing division which includes newspapers such as The Wall Street Journal and Times of London, HarperCollins book publisher, and stakes in Australian pay-TV and online real estate companies. Shares of News Corp, which split last July from its entertainment properties now known as 21st Century Fox, are up 28 per cent over the last year.

Tribune Co also plans to cleave off its newspaper properties like the Los Angeles Times and the Chicago Tribune from its TV stations this year.