New Delhi [India], December 11 (ANI): Bollywood's handsome hunk Arjun Kapoor on Friday dug out an adorable childhood picture of himself.
The 'Gunday' actor took to Instagram to treat his fans to the picture that features the close-up picture of his face.
In the picture, Ranveer is seen wearing a dark blue tee0, while his hair looks well massaged with oil.
He kept the caption waggish asking his bubbled up childhood tod face, "Hey, How you doing ? #studmuffin"
Fans of the 35-year-old actor left scores of comments on the picture as they gushed over little Arjun in the picture. 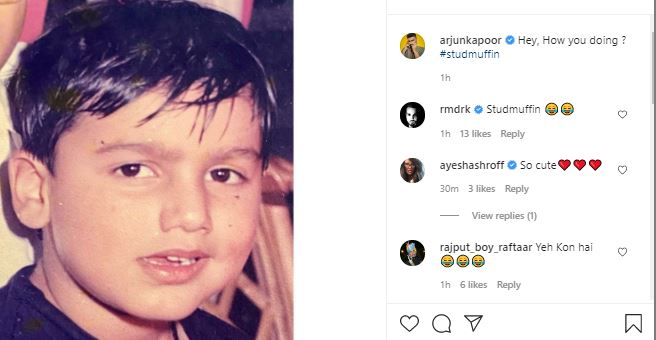 The 'Panipat'actor is often delighting his fans with such throwback and recent pictures of himself on Instagram. (ANI)