Arabican Nights And Other Tales 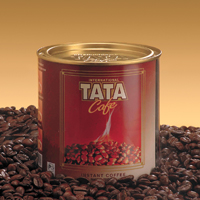 
So what explains the rise in Tata Coffee's stock price? Typically, when Arabica prices are on an ascent, roasters try to replace Arabica beans with the cheaper Robustas to an extent where it does not alter the taste of the blend. This helps in shoring up profits, while not altering the taste of the cup. Analysts claim that this trend could be helping Tata Coffee in some ways.

One look at the Indian export volumes suggests that coffee exports are on the rise. Data from the International Coffee Organization indicates that Indian coffee exports have increased by 95 per cent in January 2011 compared to the same month last year. While that might seem like a more than healthy growth rate, in the same period exports of the Robusta variety have been outstripping even that with a growth rate in exports of 117 per cent. With coffee prices not showing signs of climbing down anytime soon, and with coffee retail majors such as Starbucks having issued warnings that profitability could be hurt, Tata Coffee could be closely watching its bean counter. Rather, its coffee bean counter.