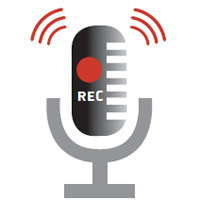 08 November, 2014
Print this article Font size -16+
A Secret For All
People have always loved secrets. But with the app Secret, it's not a matter of "don't tell anyone..." rather the opposite. Secret is all about anonymous confessions and gossip and you can use this social network to get

things off your chest. The immensely popular iOS  app has just made it to Android as well as to the world outside of the US. Now you can just say whatever without anyone knowing who you are. Sounds childish? It probably is — but it's also addictive. Very much like another app Whisper, Secret, so far, has been more focused on corporate gossip. That may change as the app opens up to the world at large. Secret knows who you are so it can let you see stuff from nearby and from contacts, but anonymously. Secret is worth a look to see what we humans can really be like when allowed to.

Travel And Tell
motormouth, a free iOS app, is based on a great idea. However, I think someone should rebuild and improve on it. What MotorMouth does is pair voice notes from users with a map. Wherever you happen to be, you can leave a voice clip, created from within the app. As people travel around they can open the app and get interesting information and reactions from others who've been there. Sadly, a nice idea doesn't mean people use it nicely. I heard wholly unnecessary clips saying, 'Hello, how are you?' And some others were in languages I didn't know. But it's early days yet for this new app, which has the potential to be really cool if users let it be. If the app were better designed and used images as well and allowed you to use ratings and leave more detailed text notes, it would be far more interesting.

Slack Off To Do Stuff
a collaborative tool still in limited preview (but downloadable), Slack is a combination of chat, email, file sharer and more. You add others, who also need to download the app on Android, iOS, PC, or Mac, and form a team to work together on something. Chat would have been too temporary and difficult to exchange files on. Email is sometimes too confusing as multiple people send mails and inevitably someone doesn't get someone's mail. But Slack is that combination that makes collaborating easier.

It also works with other services such as Google Drive and Dropbox.  Everything concerned with your project is all in one place and searchable as well. On top of that, you can use it as a task manager by setting reminders to complete your part of the work