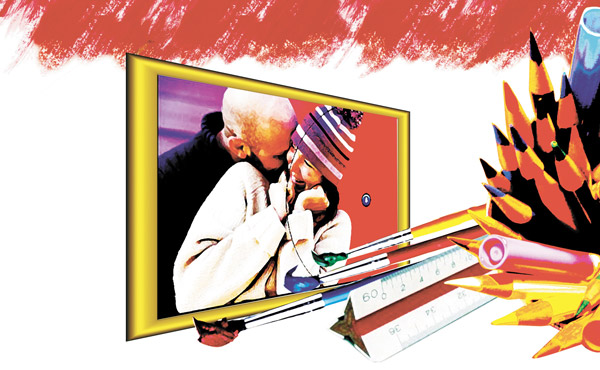 08 November, 2014
Print this article Font size -16+
Playing With Photos
The photo-editing app Snapspeed has long been a favourite on Apple’s iOS. Users coughed up $5 for the privilege of using its enhancing and basic editing features. It’s not like what Snapspeed does is very unique, now that there are many photo editors to choose from.
But it does what it does well enough and was early to the game, which is one reason why so many are dependent on it and loyal. And then Google bought it and now it’s finally on Android. It’s free on both platforms (which is making the iOS quite mad, but such is life).
The Android version is pretty much the same as the iOS one. It’s simple and fast, letting you adjust image attributes such as brightness, contrast, saturation and white balance. You can use tilt shift to put in some artistic blurring, enhance ambience or sharpen the picture including making spot adjustments. A useful thing for those who deal with RAW files from more advanced cameras is that these files are supported by Snapspeed.
That capability is not easy to find on many photo editors that are on mobile devices.
If you’re looking for effects and filters, this isn’t the app for you, but if you want to clean up your photos right from your phone or tab you could try out Snapspeed and see if you’re as happy with it as early users of the iPhone and iPad have been. Plus it’s free.
Information Made Delightful
Springpad, often thought to be a competitor to Evernote, is a truly enjoyable app to use — on your PC, Android phone (where it looks really pretty), Blackberry or iOS. Like Evernote, the concept of Notebooks is central, but the whole usage is lighter. Hardened Evernote users may find Springpad superfluous — or they may want to use it in addition to Evernote for a different set of things. It’s not as heavy duty as Evernote, and doesn’t have as many add-on features and sub-apps, but it’s a delight in itself. You start by creating your account — or log in using Twitter or Facebook — and you’re ready to start noting, linking, taking photos and sound files and making beautiful looking notebooks out of the lot. Springpad can be used as a quick way of getting together your to-do list, or to collect interesting or important information. Your notebooks, tagged and organised, can be shared publicly, with select people, or kept private.
For example, I keep a World War II notebook in which every book, video or article I read is linked. All I have to do is search for it and the item will show up, along with cover photos.
I also review the items I’ve collected, and then I share it with others interested in the same subject. You could also document a holiday in pictures and notes or collect material to do with your work. It’s just a more beautiful and a more motivating way of getting things together. And it’s free.

(This story was published in Businessworld Issue Dated 24-12-2012