New Delhi [India], December 9 (ANI): Actor Anil Kapoor and filmmaker-turned-actor Anurag Kashyap on Wednesday dropped the poster of their upcoming Netflix film 'AK vs AK.'
Both the celebrities took to Instagram to share the poster of the Vikramaditya Motwane directorial.
While one half of the poster comprises of Kashyap's half face, the other half comprises of Kapoor's half-face to make it into one complete face.
While Kapoor will be essaying the role of a yesteryear actor, Kashyap plays the role of a disgraced film director in the film.
As both Kapoor and Kashyap will be seen having a tussle in the film, both penned down a caption praising the half side of the poster that comprises their respective faces. 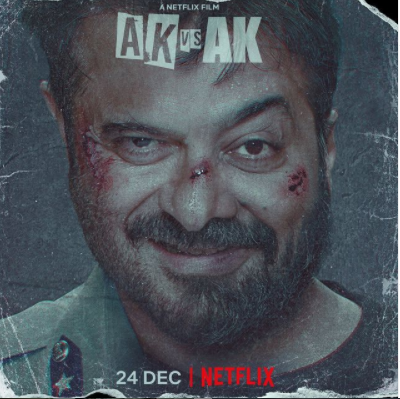 "Right side is obviously more photogenic.. @anilskapoor @motwayne @netflix_in @andolanofficial #AKvsAK," wrote Anurag Kashyap.
"I definitely like half of this poster!#AKvsAK," wrote Anil Kapoor.
'AK vs AK,' revolves around the story of a movie star and a film director who get into a public spat, following which the director retaliates by kidnapping the actor's daughter and films the search for her in real-time.
The Netflix India Original film will be released on the platform on December 24. (ANI)