New Delhi [India], January 30 (ANI): Actor Anupam Kher on Saturday extended gratitude to Union Health Minister Harsh Vardhan, Union Law Minister Ravi Shankar Prasad, and Union Textile Minister Smriti Irani for launching his book 'Your Best Day Is Today' in Delhi.
The 'Saaransh' actor shared the pictures from the book launch event on Instagram and thanked the lawmakers for being a part of it. The pictures see Kher posing with the ministers at the book launch venue.
"Thank you @smritiiraniofficial @drharshvardhanofficial ji and @ravishankarprasad ji for launching my book #YourBestDayIsToday in Delhi," he wrote in the caption.
"Your presence at the event and kind words about me really touched my heart. #Book #Launch @hayhouseindia," he added.

Irani also posted a picture of herself with Kher on the photo-sharing application and heaped praises on the veteran actor.
"The capital calls @anupampkher ... Actor, author extraordinaire, his life makes you believe zindagi mein "kuch bhi ho sakta hai" ... happy to bear witness to the launch of his new book " your best day is today" missed #dularirocks," she captioned the post. 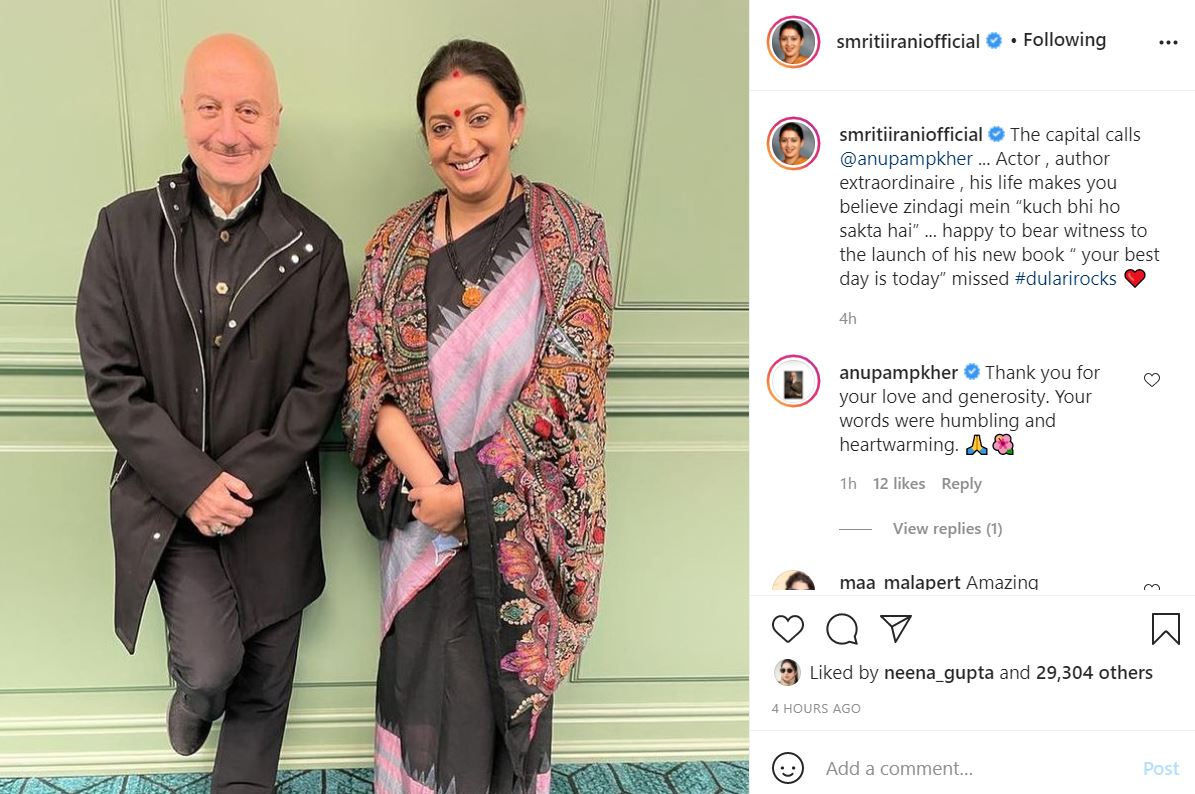 Kher commented on the post and said, "Thank you for your love and generosity. Your words were humbling and heartwarming."
The book launch event took place in The Connaught which is located in Connaught Place, New Delhi. Kher's 'Your Best Day is Today' is a self-help motivational book that has received an overwhelming response since its launch.
Meanwhile, on the work front, Kher, who last appeared in the biographical film 'The Accidental Prime Minister', has several projects in the pipeline including 'The Last Show', 'Mungilal Rocks', and 'The Kashmir Files'. (ANI)