New Delhi [India], August 14 (ANI): Actor Ankita Lokhande on Friday pitched in her support for a global 24-hour spiritual and prayer observation for late Bollywood star Sushant Singh Rajput.
Lokhande, the 'Kai Po Che!' actor's former girlfriend, shared on Instagram a poster that invited everyone to observe a collective minute of silence and prayer at 10 am tomorrow (August 15) in remembrance of Rajput.
Alongside the poster, as she invited everyone to join for the prayer, the 35-year-old actor wrote: "It's already two months Sushant and I know you are happy wherever you are." 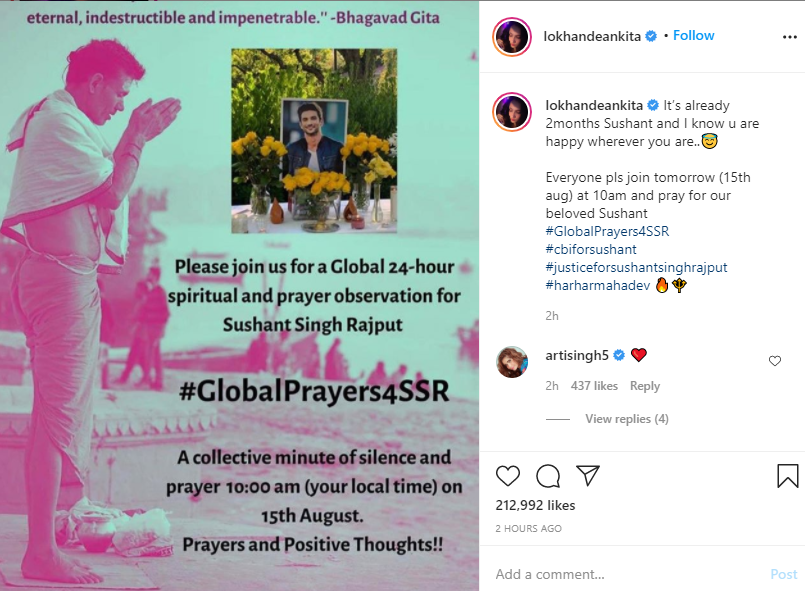 In another subsequent Instagram post, and also in Twitter, Lokhande wrote about the campaign where she urged everyone to post a picture of them with folded hands, as a mark of support in demanding justice to the departed soul.
"Let's Pray together for truth to shine forth and for God to guide us," she wrote. 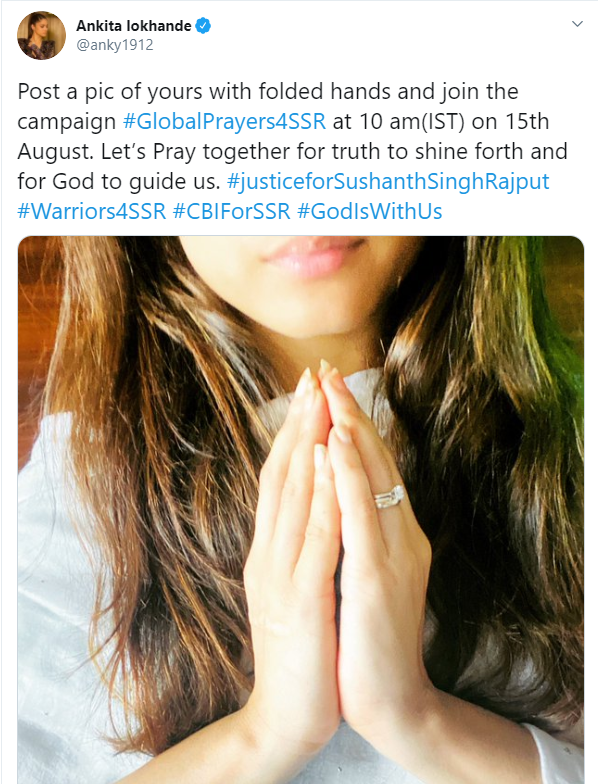 Earlier, on August 13, Lokhande along with other actors including Kriti Sanon and Kangana Ranaut demanded a CBI inquiry into the case of death of Rajput.
While Ankita shared a video message on Instagram in this regard, the 'Raabta' actor shared an official statement demanding CBI inquiry in the matter.
"The nation wants to know what happened with Sushant Singh Rajput. Justice for Sushant, CBI for SSR," said Lokhande in the video message.
Kriti, on the other hand, took to her Instagram stories and penned down a note stating that she wished that CBI takes over the case so that it gets investigated without any political agendas.
"I pray that the Truth comes out SOON.., His family, his friends, fans, and all loved ones deserve this closure," she wrote.
While actor Kangana Ranaut also demanded a CBI inquiry in the case by putting out a video message of herself.
Rajput was found dead in his Mumbai's Bandra residence on June 14 triggering debates on several media platforms. (ANI)