Android In 3 Out Of 4 Smartphones 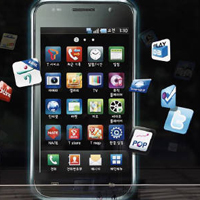 08 November, 2014
Print this article Font size -16+
Three out of every four smartphones sold in the third quarter featured Google Inc's Android mobile operating system, as the gap between Google and Apple Inc-based phones widened further, according to a new research report.

Shipments of Android-based smartphones made by Samsung, HTC and other vendors nearly doubled in the third quarter, reaching 136 million units, according to industry research firm IDC. The strong sales boosted Android's share of the worldwide smartphone market to 75 percent, from 57.5 percent in the year-ago period.

Apple's share of the market increased to 14.9 per cent during the third quarter, from 13.8 per cent a year earlier. Apple's iPhone uses the company's iOS mobile software.

While Android pulled further ahead of Apple's iOS, its gains have come mainly at the expense of rival operating systems Blackberry and Symbian, with shipments of phones running those systems declining significantly.

IDC analyst Kevin Restivo cited Android's close "tie-ins" to Google's broad array of online services, which include online search and maps, as an important asset that has helped Android grow.

"Google has a thriving, multi-faceted product portfolio. Many of its competitors, with weaker tie-ins to the mobile OS, do not," Restivo said in the IDC report, which was released on Thursday.

Google offers its Android operating system free to phone manufacturers, and primarily makes money from online advertising when consumers access its services on the devices.

Research in Motion's Blackberry operating system had 7.7 per cent share in the third quarter, compared with 9.5 per cent a year earlier.

Symbian, which had 14.6 per cent share a year ago, had a 4.1 per cent share in the third quarter. Smartphone maker Nokia still offers the Symbian software in some of its phones, but the company has largely shifted to Microsoft Corp's software.

Mobile versions of Microsoft's software accounted for 3.6 per cent of the smartphone market in the third quarter. But IDC said that the recent launch of the new Microsoft Phone 8 operating system could improve its position in the fast-growing market.