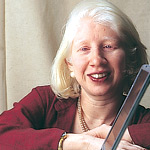 A few days ago, when Delhi was enveloped in one of those thick fogs we all love, a friend of mine took it into his head to drag me for a walk to the Deer Park. Shivering and reluctant, I gave in, and ended up enjoying the biting cold air. But then, we realised the walk was an excuse for breakfast and we headed out to replenish the few calories we’d lost.

As we drove around, undecided about a good breakfast place, my friend whipped out his mobile phone and voice-commanded it to list places to eat nearby and then to dial. He checked whether there was anything on the menu to his liking, and then looked for sushi, to which I said an absolute no.
The point wasn’t that I detest sushi, but the ease with which a single click got us all the just-in-time information we wanted. It was enough to base decisions on. Of course, everyone has used Google Maps and voice commands, but let’s not take the technology for granted. It has taken a lot to get there. I remember, with this same friend, testing out the first GPS device in India. It was as clunky as it was impressive, but it couldn’t have told us where to avoid sushi. The device was still evolving, but the Web was too.
If you think of the Internet as having versions, then you could say that Web 1.0 was about getting stuff on the Web in the first place. The scramble for domains, websites, search, hits, multimedia content, buying, selling, ads, e-mail, messaging, etc. Then came Web 2.0. There’s nothing that illustrates what that is better than year 2009, when everyone who uses the Internet figured who owns it: you and me. Web 2.0 is about the individual and communities, social networking, interactivity, content sharing, applications, blogs, wikis and collaboration. It’s about moving beyond just being a content dump to real people bringing it alive.
The third generation of the Web is about giving everything we have out there meaning. Also called the Semantic Web, this version is when the Web gets smart and begins to understand what you want. You could, for example, ask for places that serve pancakes in a specific area, and you’d get options, including, perhaps, telling you which of your friends happen to be at any of those places — say, if they’re tweeting about where they are. You could get recommendations, prices and other relevant information.
The data you’ll get from Web 3.0 will no longer be random and a mess of search results, but tailored, intuitive and real-time. You won’t have to wade through and filter out a lot of search results or dive deep into websites to find what you’re looking for only to discover it’s something else after all.
Not only will there be meaning as we humans understand it, but also a learning of preferences by the devices, a combination that will bring up bang-on-target information. In time, you’ll need to be less specific and more natural with your questions, while results from Web 3.0 will get more narrow and specific. It needs different technologies and thinking to organise and access information on the Web in a way that moves from lists and pages of data to meaningful content.
Unlike with a piece of software, ‘older’ versions of the Web don’t get junked to give way to the next. All versions are evolving together, in layers. Web 2.0 or 3.0 are just buzzwords that will die out when people get fed up of their overuse. But the concept of Web 3.0 corresponds to the idea of World Wide Web Consortium director Sir Tim Berners-Lee’s vision of the Web as a universal medium for data, information, and knowledge sharing. This is an idea of which semantics is one component. Predictably, no one agrees on what Web 3.0 means exactly, or whether it exists. A lot of related terms and projects revolve around the concept of Web 3.0.
For a simple example of how Web 3.0 is evolving, take a look at an online project from the BBC. A search for ‘BBC artist pages’ should get you there. On this beta version of the site, information is being prepared for more meaningful delivery using open source and semantic Web technology. If you’re keen on the concept and basics, visit slideshare.net to find a great selection of presentations on Web 3.0.
Although many companies are working away at the Web 3.0 space, not necessarily everyone believes that it will arrive in 2010. Or that it will arrive at all. But everyone agrees that it will evolve. Even in 2010, the Web will get a lot smarter. Search engines such as Bing and Wolfram Alpha and Google’s personalised search signal a movement towards a more meaningful Web. Getting meaning is one part of the picture. Getting information at the right time and on the device you want, in the format you prefer, is another.
The author is editorial director at Mindworks Global Media Services. mala at pobox dot com, @malabhargava on Twitter
(This story was published in Businessworld Issue Dated 18-01-2010)
Tags assigned to this article:
mala bhargava magazine google internet gps