New Delhi [India], January 28 (ANI): Setting major 'squad goals', actor Ananya Panday on Thursday treated her Instafam to a recent picture and a childhood snap of herself with her celebrity best friends.
Both the old and the new pictures feature the 'Student of the Year' star chilling with her squad which includes star kids Suhana Khan, Navya Nanda, and Shanaya Kapoor.
While the recent picture sees the four beauties exuding elegance in their 'high-on-fashion' ensembles, the old picture captures them dressed in swimming costumes in their childhood days. The old picture sees Navya and Shanaya posing as Ananya is seen biting Suhana's head.
Talking about the bond that the four share, Panday shared that "nothing" changed between the four in recent years except for the fact that she has stopped biting "Suhana's head." 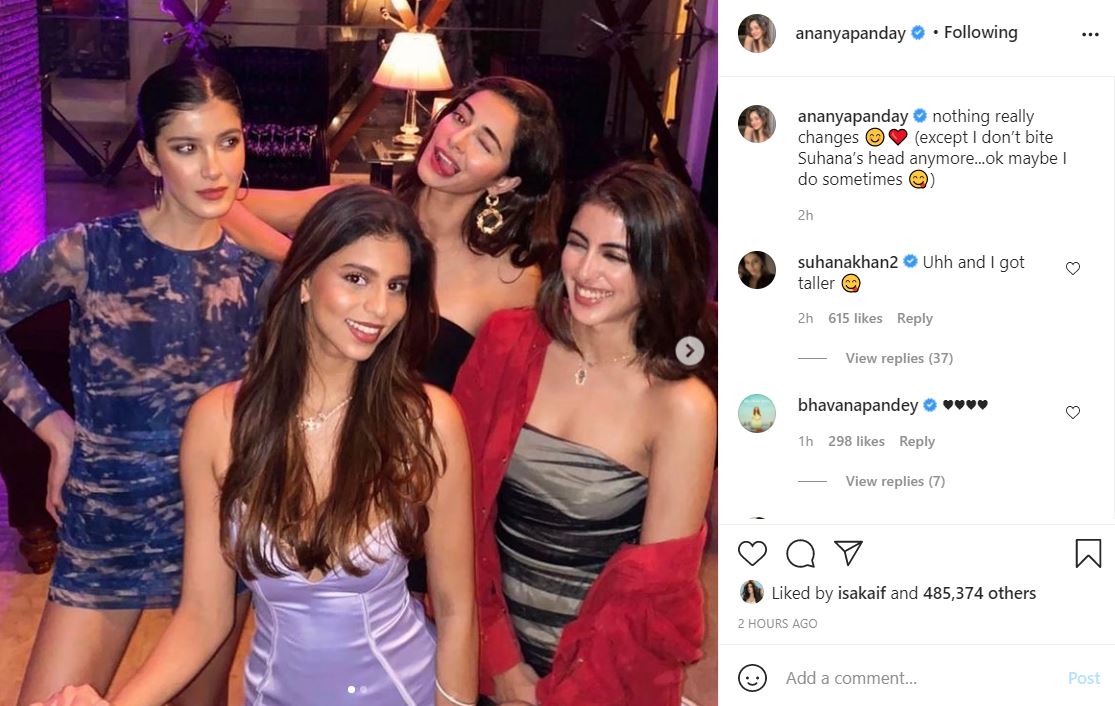 "Nothing really changes (except I don't bite Suhana's head anymore...ok maybe I do sometimes)," she wrote in the caption. 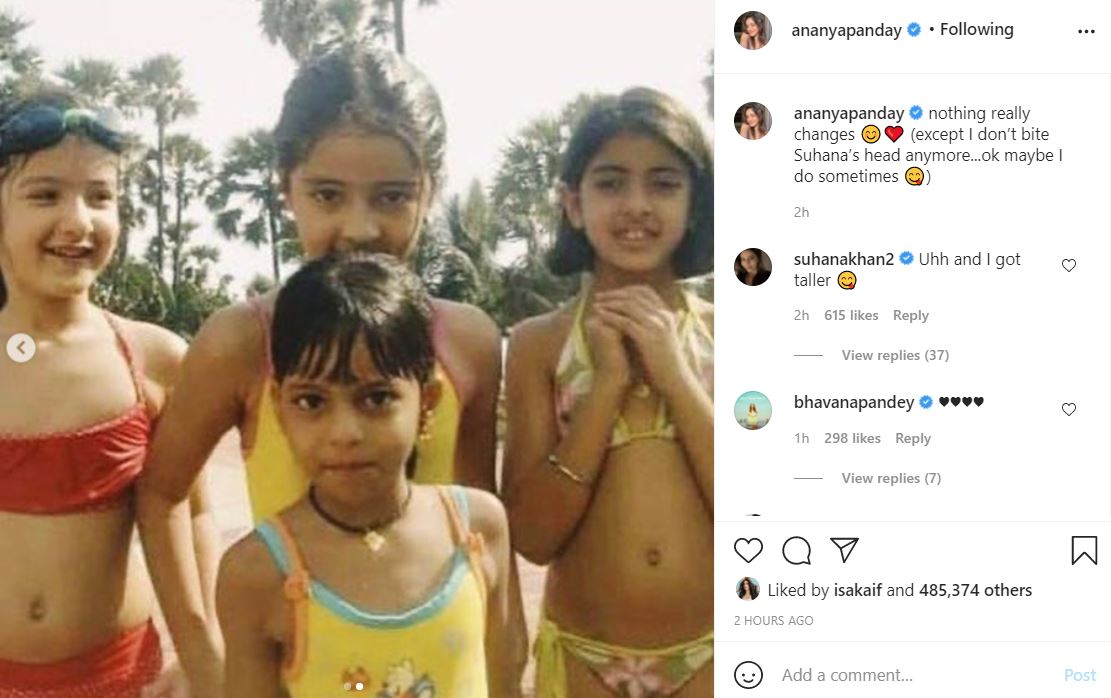 The same picture from the get-together of the girls was shared by Navya Nanda and Suhana Khan on their respective Instagram accounts.
Meanwhile, on the work front, Ananya, who had started her career with Karan Johar's 'Student of the Year 2', was last seen in 'Khaali Peeli' opposite Ishaan Khatter. Ananya will also be seen in Shakun Batra's next directorial, alongside Deepika Padukone and Siddhant Chaturvedi. (ANI)