Analysis: Your Vision, My Supervision

Kedar and Robin quitting well-paying jobs with careless nonchalance ostensibly seems like we now becoming a careless generation. But in reality, these are just symptoms of the new age which, interestingly, is new in behaviour and yet rooted in old human traditions. 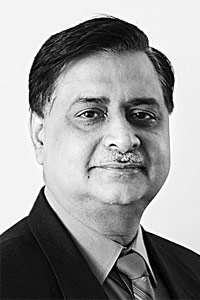 09 April, 2015
Print this article Font size -16+
Kedar and Robin quitting well-paying  jobs with careless nonchalance ostensibly seems like we now becoming a careless generation. But in reality, these are just symptoms of the new age which, interestingly, is new in behaviour and yet rooted in old human traditions.
The human race, at its very heart, is like a hunter who doesn’t know where his next meal will come from, or, at best, like a farmer who lives with the perpetual risk of crop failure. Steady and well-paying jobs are, in fact, a post- industrial society phenomenon, which has hardly been around for a century. The post-industrial new age allows humans to go back to the old pillars of their intuitive nature — risk taking and living on hope. This translates into a new attitude to work —“We all will have many careers”.
Socrates had famously opined that the elite was supposed to think and not work. Slaves were meant to work. The new millennium has just expanded the base of elites and reduced slaves in the world. Supporting this is the fact that due to basic food security, day-to-day existence is taken for granted. Also, the world is full of options so switching careers/roles/jobs is not a challenge like it used to be for previous generations.
Kedar and Robin are both saying that they see corporate jobs as well-paying slave jobs and they want to go back to the old pillars of human existence — living with risk and hope, and in this new age, which I called the ‘prototype age’, the ecosystem supports them.
Earlier, value in a work or business was generated after one executed the work and got results. In the prototype age, value is in “ideas for the future”. Businesses get valued based on perceived prototypes even before they start working profitably. A clear case of betting on the future — aka, hope.
At a motor show the other day, all the prototypes from leading brands — fancy designs and concept cars — had no working insides. It was the prototypes earning brownie points not the operating cars. In the old days, you first made a working car and then worried about the design. It’s the same with businesses. We often wonder how IT startups get so much money. Money managers and funds today value ideas from the viewpoint of the future. The higher the likelihood of changing the status quo, the higher is today’s value of the business. This is true even if the business is not fully developed . In fact, existing businesses are often seen as history.
Hence Kedar and Robin are just creatures of this new “prototype age” based on the old pillars of human existence — living with risk and hope.
Coming to risks at young age , isn’t it better that they are taken early in life so that, in case, one fails, at least one can go back to a job with additional skills acquired during one’s own venture? And I should know that best, having set up my startup in the 1980s and seen it through to the last rupee debtor. It established my work-life DNA forever. Starting startups is therefore a new-age mantra for a great warm up and building muscle for the long haul.
Finally, excellence comes from doing things for which one has passion. Passion actually means ability to suffer pain for what one loves. Bela represents the passion that today’s hard working generation represents. This bodes well for future success. If you believe in yourself, someone will come along who will believe in you. But this is not to say that the world of tomorrow will be full of new age self- employed youth jumping from one business idea to another. Balance is required. That same enthusiast will need to have sensors to tell him (what the old era called ‘foresight’) when things are not working and a change is direction is needed.
How should the earlier generation react to these moves by the young? The first step is to acknowledge that the youth are onto a good thing. The next is to see how they can help the ecosystem through their own skills. Startup businesses need a helping hand to transform them from “prototypes” into working models and that is where the tacit knowledge of seniors helps. Therefore, the best way is to help them by guiding them in moving from a prototype to working models of the young person’s business. So, a future age belongs to families where the youth develop “prototype” businesses and the elders help by converting them to working models and the world will progress.
The writer is  MD, Intrim Business Associates, a global management consulting firm. He can be reached at [email protected]
(This story was published in BW|Businessworld Issue Dated 23-02-2015)
Tags assigned to this article:
magazine case studies rajan chhibba magazine 23 february 2015