Analysis: What An Idea, Sirji! 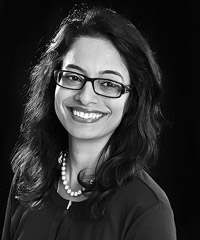 08 November, 2014
Print this article Font size -16+
It is a well-known fact that a majority of women in India cannot afford the sanitary napkins peddled by large brands. They were never the “market segment” that the Levers, J&J or P&G were looking to address. The freshly minted MBAs from the IIMs in their employment, who came up with beautiful marketing campaigns to sell more to the rich, never wondered how 88 per cent of the women who were not buying their product, addressed their sanitary hygiene needs. It took an Arunachalam Muruganantham, a poor uneducated welder to devise an affordable solution that would work for the majority. He not only invented a cheaper machine (his Rs 75,000 versus Rs 3.5 crore in large organisations) but also devised an innovative model whereby women’s self-help groups in villages and smaller cities would purchase these machines, produce and distribute the sanitary pads locally. What an idea, Sirji!

In one stroke, Muruganantham transformed the female hygiene industry, sitting in a remote part of Tamil Nadu. Muruganantham is in the company of another ‘first’, who too addressed what we fashionably label as “bottom of the pyramid” or the next billion market.

Govindappa Venkataswamy did it for eye care with his Aravind Eye Hospitals. He provided affordable eye care to the poor while also showing how to run a self-sustaining, profitable enterprise by reducing costs, increasing efficiency and productivity and, above all, infusing empathy into health care. Dr Venkataswamy went on to produce low-cost lenses, sutures and other medical products so that he could continue to provide the same high quality of treatment to his poor patients. He was 58, a retired government doctor on pension when he embarked on this ambitious venture. He did not study business management from a B-school or have a degree in Public Health or big donors. Still, he pledged not only his own but the entire extended family’s assets to ensure that nobody lost their sight because they could not afford to pay.
Muhammed Yunus (Nobel laureate, 2006) did it too when he founded/designed a microfinance bank for the poorest of the poor — the rural women in Bangladesh — lending against all established canons of banking, without any collateral.

Grameen Bank has turned the mainstream banking model upside down by bringing back trust into the lending model and putting money in the hands of people who have no “credit history” to show. Grameen Bank faced untold hurdles from the government, banks, leftist, rightist and the in-betweens who resisted change. But Yunus succeeded and with it transformed the lives of millions of rural poor in Bangladesh while showing the way to other countries.

Today, we have a term for all these modern day heroes — ‘social entrepreneurs.’ A common thread across Muruganantham, Dr Venkataswamy, Mohammed Yunus, et al, is their empathy for the voiceless billions. They see opportunity, which others have let go because it does not generate the high returns that the investors and stakeholders demand. They are visionaries, highly persistent against all obstacles, problem solvers and innovators exactly like the mainstream entrepreneurs. What distinguishes them is their focus on solving a dire social problem, keeping the venture profitable and sustainable, yet eschewing ‘profit maximisation’ as their dominant objective. They are different from NGOs because their approach and idea is scalable!

What does it take to be a social entrepreneur? It is a bleeding heart coupled with the smarts and grits of an entrepreneur. We see these traits in Muruganantham in plenty. He is not able to bear the idea of women using rags; he says he will not even use the rag to clean his scooter! Even after Muruganantham readies his low-cost machines, he is not in a hurry to monetise his invention. Instead, he devises an innovative model whereby owning the machine would generate employment for the local women.

Finding change agents is always tough but more so when it comes to social change agents. The impact that this handful of people produce could change the lives of millions for the better. Perhaps, this is what drives them to pursue their goal — an intangible and inexplicable feeling of having made a significant difference to the unseen and unheard masses.

The writer is CEO of AnuPartha, a global executive search firm focussed on transformational leaders